Getting out into nature and walking around has more benefits than just a bit of fresh air. The sounds of the forest, the smell of trees and flowers, the taste of clean air, and the sight of sunlight dancing through the leaves—the full body experience of nature quiets the soul and lets us recharge in no other way.

As we grow accustomed to concrete cityscapes and chemical-ready monoculture it becomes easily to forget about Nature and its bouquet of pleasant aromas that lift us off our feet in a buoyancy of heavenly smell.

Humans must be biologically hardwired to enjoy the olfactory wonders of leaf, bark, earth and water because as soon as we wander back into nature an epiphany strikes with such alarming force it’s like someone has dropped a cast iron pot on our head and clanked it hard with a wooden ladle—a startling shock to say the least. Consequently, it’s amazing how anyone could have forgotten such a wonderful thing as the untainted purity of fresh air and the beauty of nature itself.

Perhaps what’s more infatuating is the break from stale and artificial odors permeating modern society, but surely that cannot be the case. The indescribable pleasure induced by nature’s potpourri is not just a mere novelty to be enjoyed on some chance encounter. It’s a marvelous awakening that should be taken like a pill, every day. The benefits of a walk in nature are so substantial that the International Society of Nature and Forest Medicine was created just for the purpose of researching and advancing of this unique medicine.

This so-called forest bathing needs to be experienced to be believed. Take a drive to the nearest forest and stroll under its towering canopy. Turn a nostril and breathe in the pristine phytoncides exhaled by the dense flora. The wooded ambiance provides the much needed aromatic therapy to the city dweller, cleansing the soul and relieving the stress-induced work comas we daily submit ourselves to. 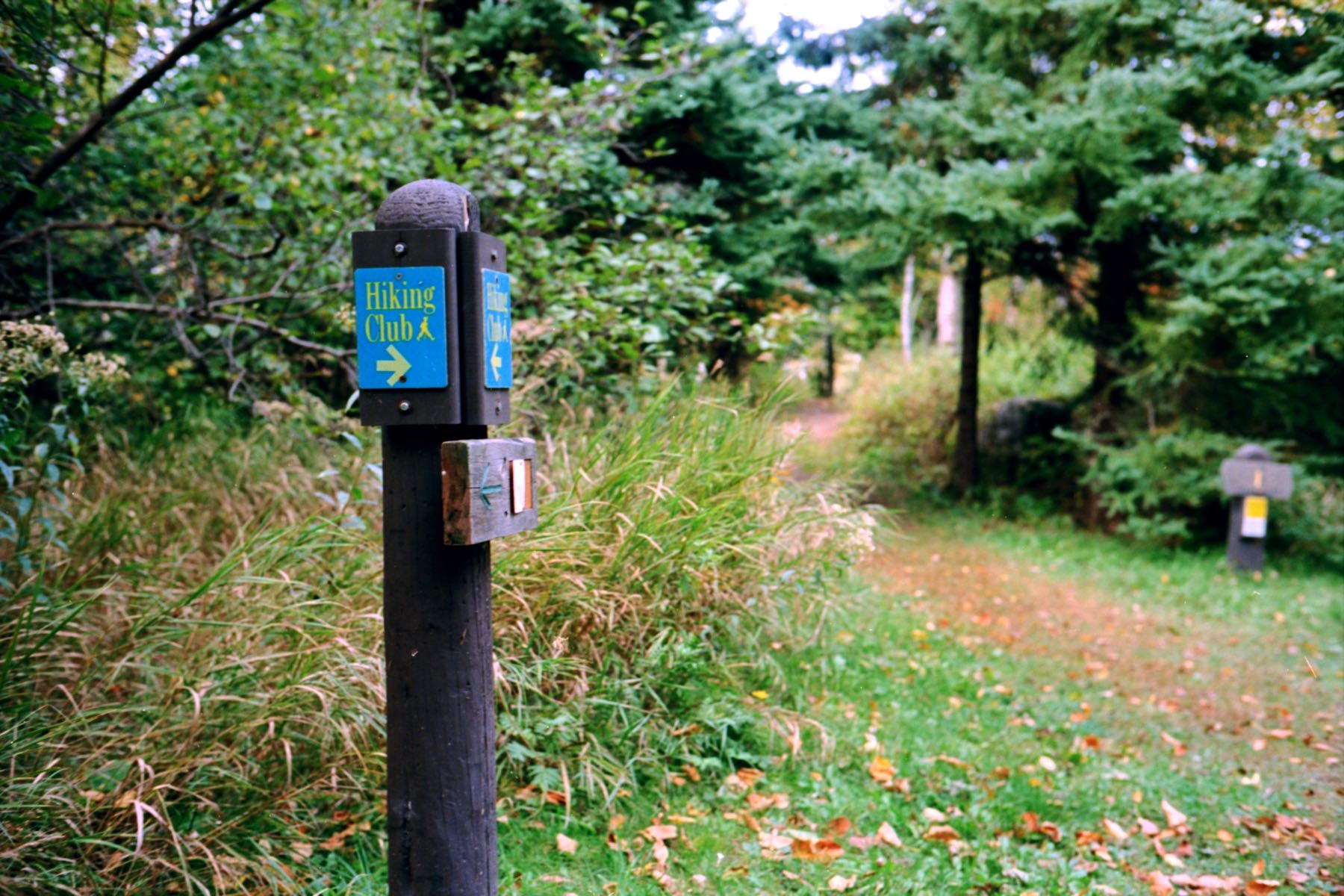 Find the nearest State Park and enjoy the olfactory wonders, breathing in the grass, the leaves, and the trees.Split Rock State Park

Qing Li, a medical doctor at Tokyo’s Nippon Medical School, has spent much of his career researching the physical and psychological effects that forest bathing has on the human body. A three-day/two-night trip into the forest can significantly lower blood pressure, decrease stress hormones and boost anti-cancer molecules in our bloodstreams. Forest bathing also raises serum adiponectin and dehydroepiandrosterone sulfate, suggesting an anti-aging effect. It also improves vigor, anxiety, depression, and anger. Improvements in nerve activity have also been observed, which implies that even the visual cues in the fibonacci geometries of forest scenery can have a relaxing effect on our brain.

Besides the physiological benefits to human well-being are the emotional and evocative qualities of personal memories that manifest with distinct scents. For instance, walking through a grove of balsam fir can illicit a bursting flood of warm feelings when the celestial holiday is remembered.

Unfortunately, entrepreneurs of all shapes and sizes have waged war with fresh air by dumbing it down into scented candles, room sprays, cleaning solvents, car fresheners, perfume, fabric softeners and a slew of other household items with chemical ingredients that create more pollution than anything else.

Losing a Battle or Two

The battle against fresh air has been fought by humans and nature since the discovery of controlled fire, some 800,000 years ago. In present day, the two largest offenders of fresh air are industry and agriculture in an undiscerning mission of progress, as some like to call it.

Take the Red River Valley for instance. The region between North Dakota and Minnesota is like the ass crack of America because of its linear form and how horrible it smells. The giant sugarbeet factories of American Crystal Sugar pollute the region with the most putrid odor ever, covering both sides of the north-flowing Red River like an unattractive skid mark on your underwear. The reduction of clean air lowers the quality of life in cities like East Grand Forks and Moorhead where residents have to live their lives in a stench that’s reminiscent of vomit, wastewater, dirty jockstrap, rotten eggs and who knows what else—just gag me with a spoon. But of all the concerned citizens who have complained about the rancid stink that comes from making real sugar, one has to wonder many will still purchase products made with the unnecessary ingredient? We vote with our wallets, don’t you know? 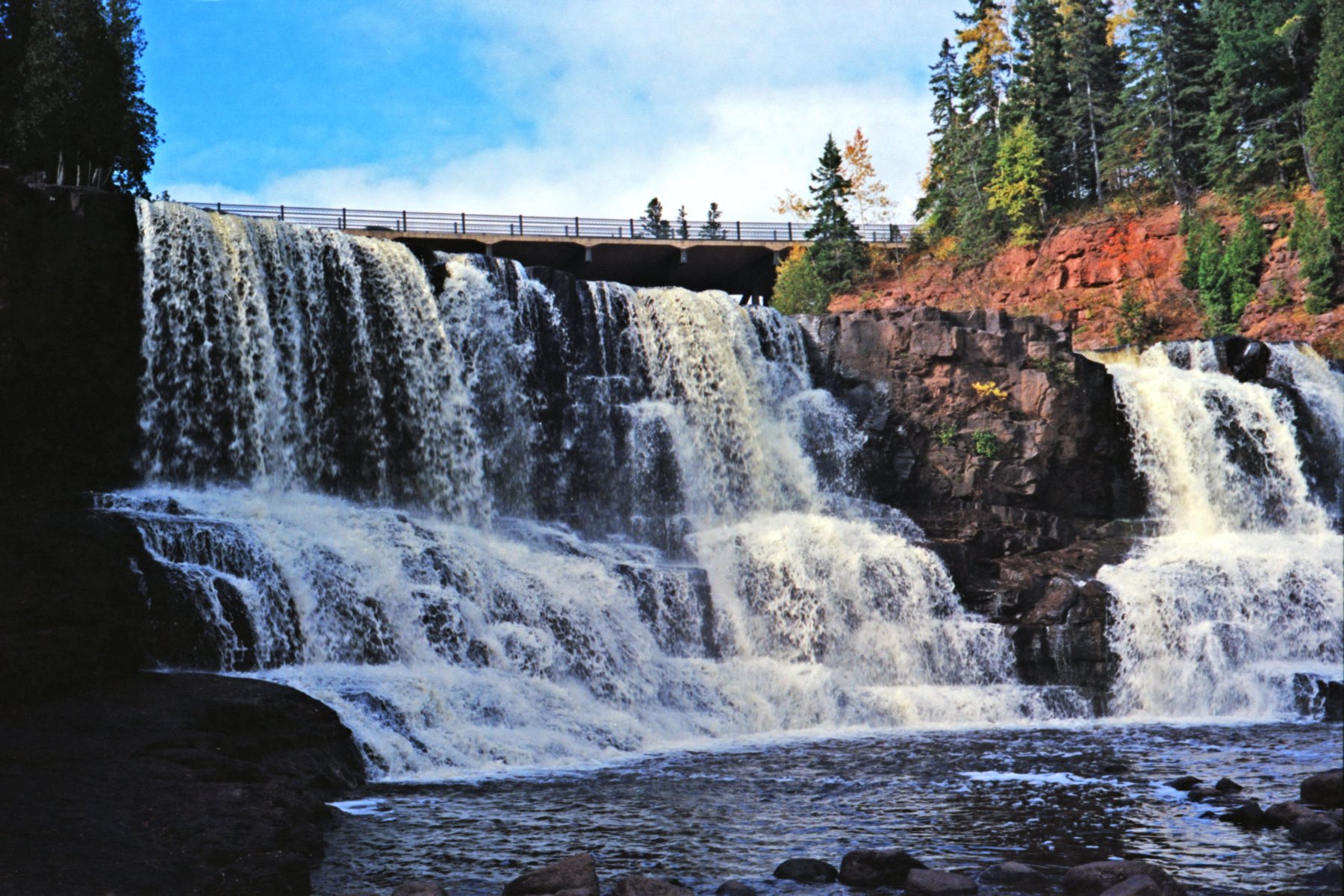 The sound of falling water is often used to de-stress when using headphones, but doesn't compare with the real thing.Gooseberry Falls State Park

Worse than industrially processed plant food is the meat industry. Unregulated waste management and corporate subsidies have helped maintain the price of $1 burgers at McDonald’s, but growing meat for food also has a highly negative impact on human health (in more ways than one). Industrial-scale factory farms are a major source of environmental pollution across the United States. North Carolina, for example, is home to over 2,000 feedlots with vast lagoons of pig shit shat from the state’s nearly 10 million swine. The grotesque odor and dangerous levels of ammonia in the toxic cloud enveloping neighborhoods is so intense that residents are forced to stay indoors until wind changes direction. Only then can children play outside and parents complete outdoor chores. The situation begs the question again, how many of those victims still go hog wild over bacon and pork chops after experiencing the result of their food choices?

Scented candles can suffocate the freshness out of the air nearly as much as anything. But you would think they were less belligerent, being extinguishable with just a wet thumb and index finger. A burning paraffin candle will emit acetaldehyde, formaldehyde, benzene, toluene and a mixture of other toxic chemicals similar to diesel fumes, and while the EPA is relatively unconcerned with added contaminants emitted into the air we breathe, the carcinogenic volatiles only serve to compound the cornucopia of other toxicities in our lives. Still, the good news is that most people don’t place a burning candle underneath their face to sniff sooty aerosols for hours every day, generally speaking. But all of these examples pale in comparison to fresh air’s most outrageous predator. 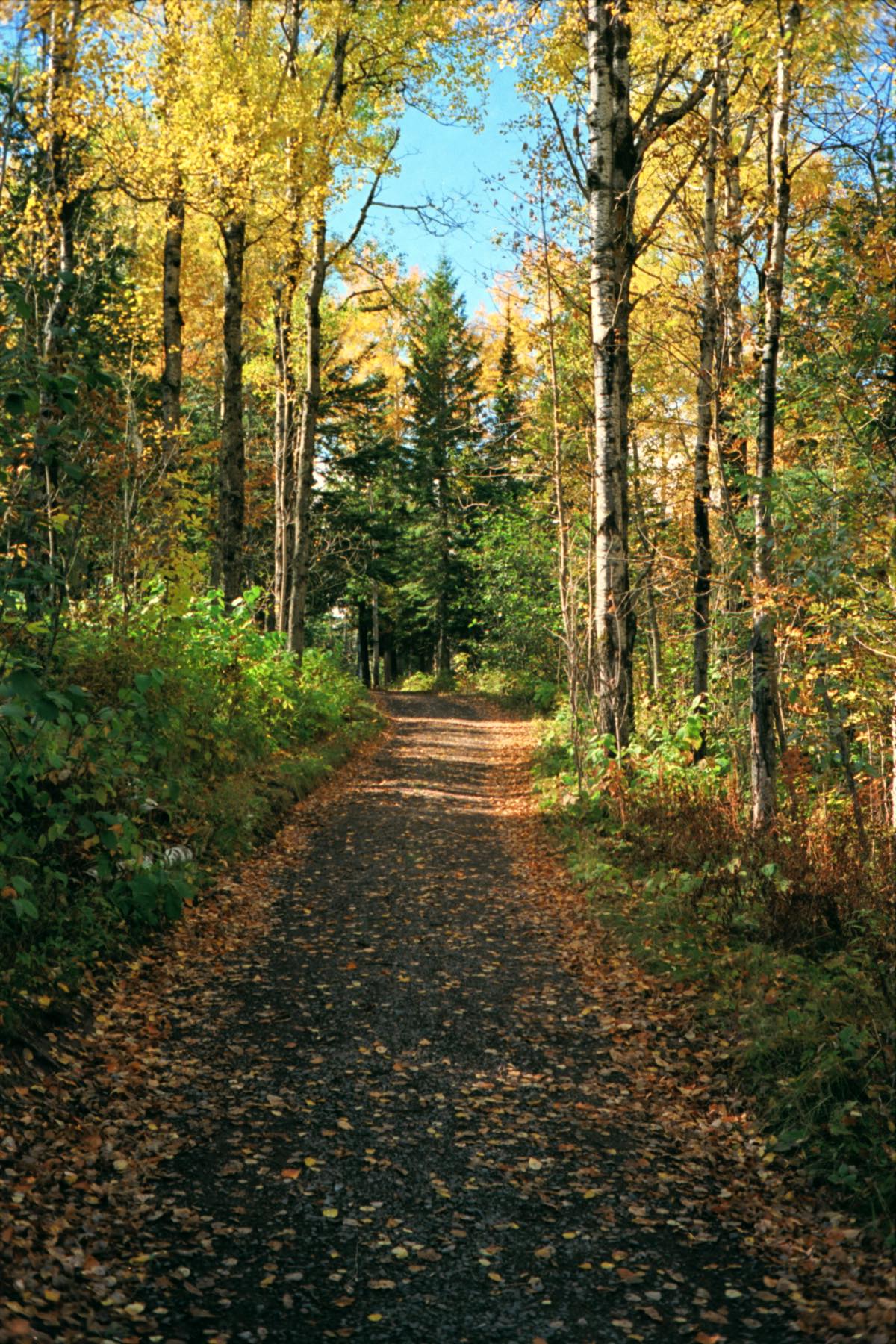 The perfume and cologne people coat themselves with are composed of petrochemical ingredients called phthalates whose listings are not required on product labeling due to an ignorant loophole in FDA guidelines regarding trade secrets. Chemically speaking, there’s not much difference between cigarette smoke and the scent of a woman. Each scent can contain a dozen or more synthetic petroleum-based chemicals that have been associated with hormone disruption, sperm damage, allergic reactions, asthma and a plethora of other unfriendly side effects no one wants to talk about. What’s worse is when nasal fatigue sets in and the offender has to apply the stench even more liberally to smell it. An air mask is highly recommended for those proximity situations that overwhelm the senses with the poisonous spray of a neighbors’s Eau de Parfum.

But then there’s carbon dioxide as the unequivocal wild card in this mix. After being railroaded by the propaganda campaign to villainize the essential gas, it’s easy to assume it too reduces air quality. Yet, plants have evolved over millennia to flourish in an atmosphere rich in CO2—something like 1,200-1,400ppm. That’s why horticulturists inject more of it into greenhouses, to create an ideal environment for cell reproduction. And for anyone who’s seen NASA’s global visualization of CO2 derived from data collected by the Orbiting Carbon Observatory, it’s easy to see how ravenous Earth’s plants are. We could easily double, or even triple, CO2 levels and collectively plant more forests to cultivate the fresh air our fleshy bodies crave. 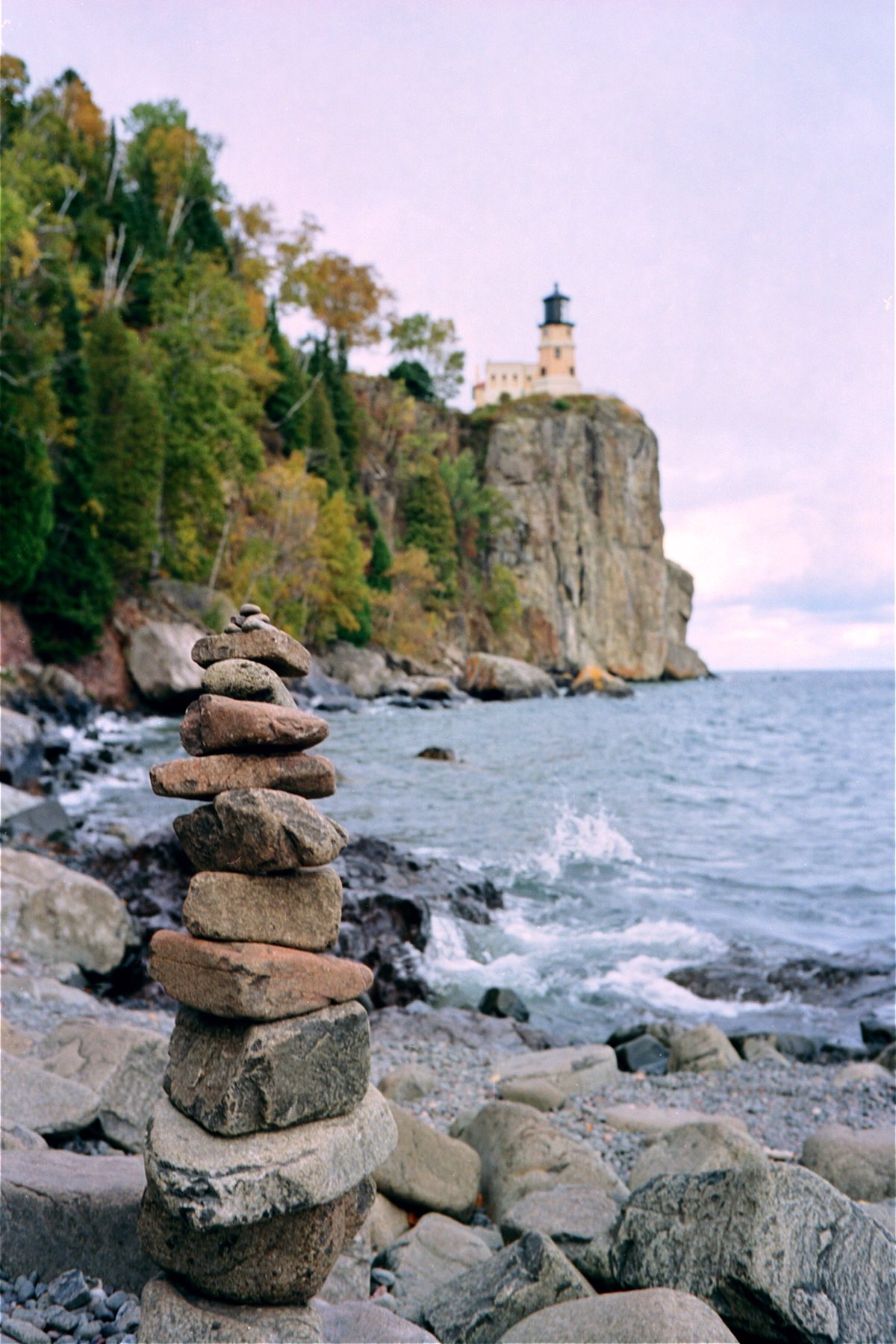 Unfortunately, humans have acted as an invasive species, cutting down more trees than we can shake a stick at. The species has built a ridiculously inefficient food supply system and have accompanied it with suburban sprawl, taking giant leaps backward in appreciating fresh air. The non-profit Habitat for Humanity is so blind and stupid I don’t know what. 7.4x109 large mammals should not be allowed any more space to live, it’s going to be a St. Matthew’s Island all over again. Blasphemy aside, the most intelligent thing humans can do for themselves and the future of life on Earth is to reduce their own population and regrow forests, grasslands and wetlands to give flora and fauna the opportunity to thrive again, all the while creating a more healthy and sustainable environment for humanity to prosper.

It only takes one trip into the wilderness of nature, away from the anxiety of a burgeoning civilization, to realize we are missing something precious in our lives. Fresh air. And after just a few whiffs of the priceless resource, we soon ask ourselves the obvious question. Wouldn’t it be nice to take home a few Mason jars full of nature’s breath to enjoy later? 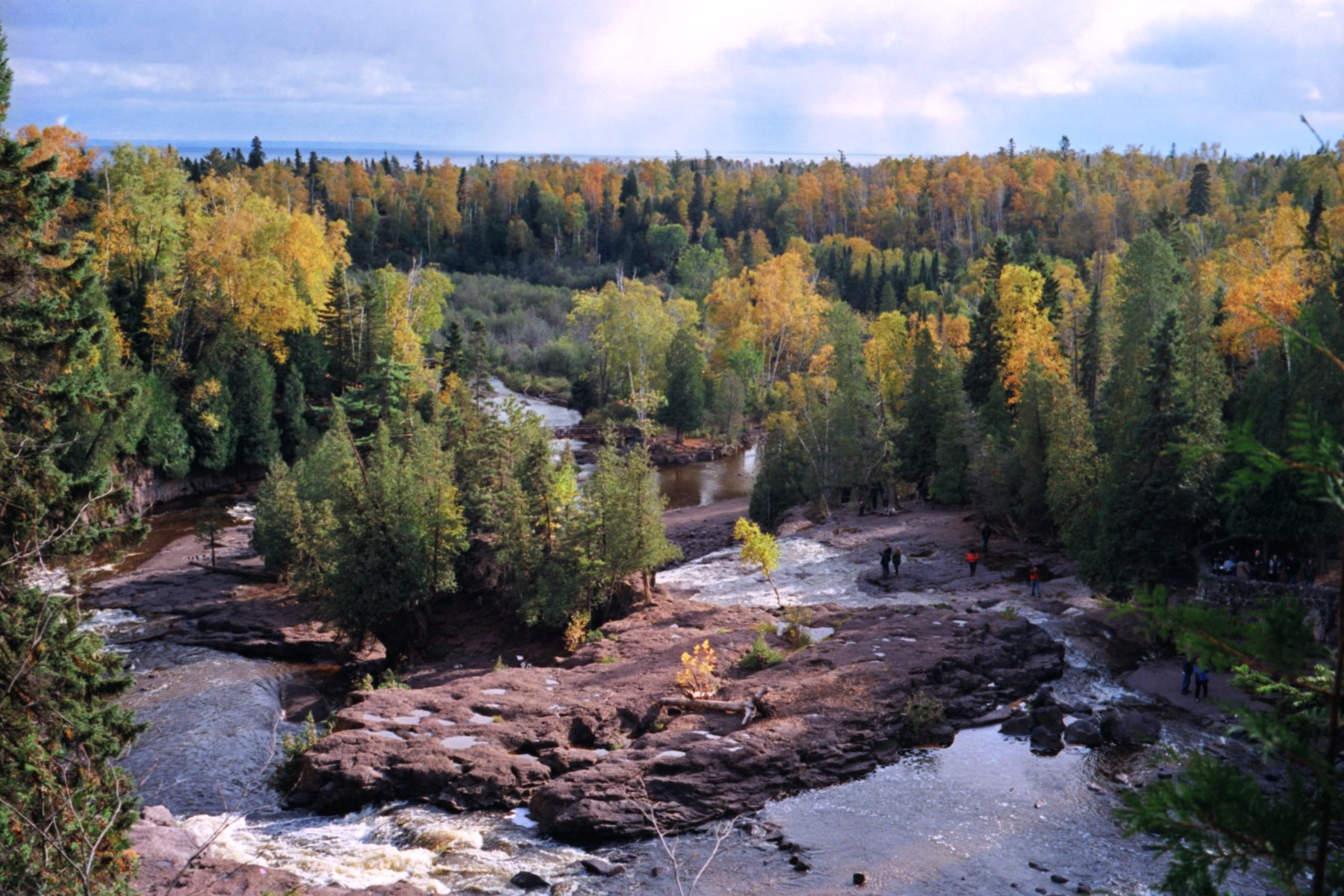 Grow Your Own Fresh Air

The ambient air quality in offices and homes is not on most people’s conscious radar and yet it’s a major component of health, productivity, and well-being.

Kamal Meattle, an Indian environmental activist, gave a TED talk that shows us it’s more than possible to grow my our fresh air with three common house plants: Areca palm, Mother-in-Law’s Tongue and money plant. Areca palm converts CO2 into oxygen during the day, Mother-in-Law’s Tongue converts it at night, and money plant helps remove formaldehyde and other volatile chemicals from the air. Meattle’s research consists of studying how growing these plants inside buildings can reduce respiratory symptoms, eye irritation, asthma and headaches at the same time reducing energy requirements for office buildings by 10 percent.

If anyone had the ambition to acquire enough of these plants, they could live on a pirate ship in an impossible bottle with the cork stopper installed, and they would never run out of fresh air. It would be like a happily ever after scenario for their smelling and breathing organs.