I Wanna Live In A Dream In My Photographic Machine

Old pictures are the most interesting kind of pictures because they shows us a world different than the one we know of today. We're amused by how all the layers of life and culture have changed, often in dramatic and unexpected ways, since our soiled diaper years, and nowhere is this more apparent than in all those historical, monochromatic black and whites that juxtapose people against the environmental epochs in which they lived. Change is so striking from one photogenic era to the next that one might presume change itself is the only thing constant in the world. So we might as well get used to it. But photography, however, is not just a chronicling of life and its inherent nature to change but an intoxicating love affair with good times remembered.

Whether this fondness is directed toward some long forgotten memories of our own childhood or to the broader cultural moments that define human history, the photographic prints we find stuffed in old shoe boxes and family albums feed our deep-seated attraction for nostalgia and those drunken feelings that always make us remember the past as being better than it actually was. 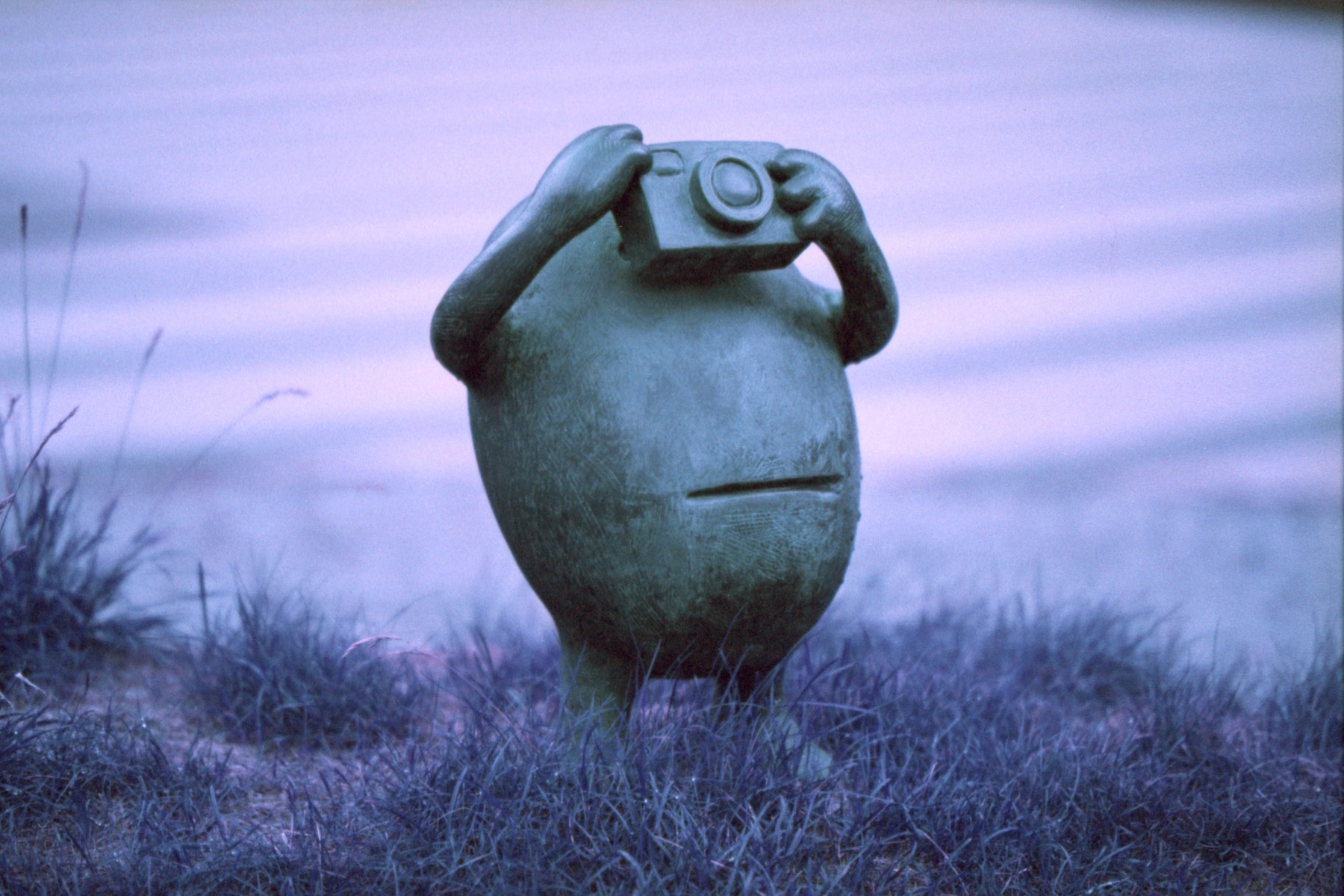 Everyone has dreams. Few dreams, however, contain within them the essence for creating something truely amazing.Minneapolis, MN

Everyone constructs visions of an earlier time period as some lost Golden Age they missed out on. A writer today, for example, might feel cravings toward the early twentieth-century where Earnest Hemingway and F. Scott Fitzgerald were forging a new era of American literature, picking away on old-fashioned typewriters without the perverted distractions of 24-hour news feeds, social media, and internet porn. But for those who lived in the Roaring Twenties, these same sentiments are directed back toward the late 1800s when gas-fueled street lamps illuminated cobblestone sidewalks upon which elegantly dressed men with top hats and walking canes marched. The 2011 Woody Allen film, Midnight in Paris, speaks to these truths—that we tend to feel anchored to the past because we find comfort in the playful innocence of simpler times or because we perceive our current societies as decayed remnants of the higher culture and fortitude we see in pictures of yesteryear.

Our memories grow from the seeds of cognitive bias and selective sampling—we only remember, and take pictures of, the things we feel are worth remembering. Like most human behavior, this is biological to some extent, but when entangled with the passage of time our recollection of the past is reduced to a "best of" photo album where the sharp and poignant fades into warm and fuzzy Polaroids that evoke reveries of the “good ‘ol days”, which we perceive as being pleasant and cheerful–not that these sentiments need to be a bad thing. Romanticizing the past is a function that helps us deal with the present and be hopeful for the future. 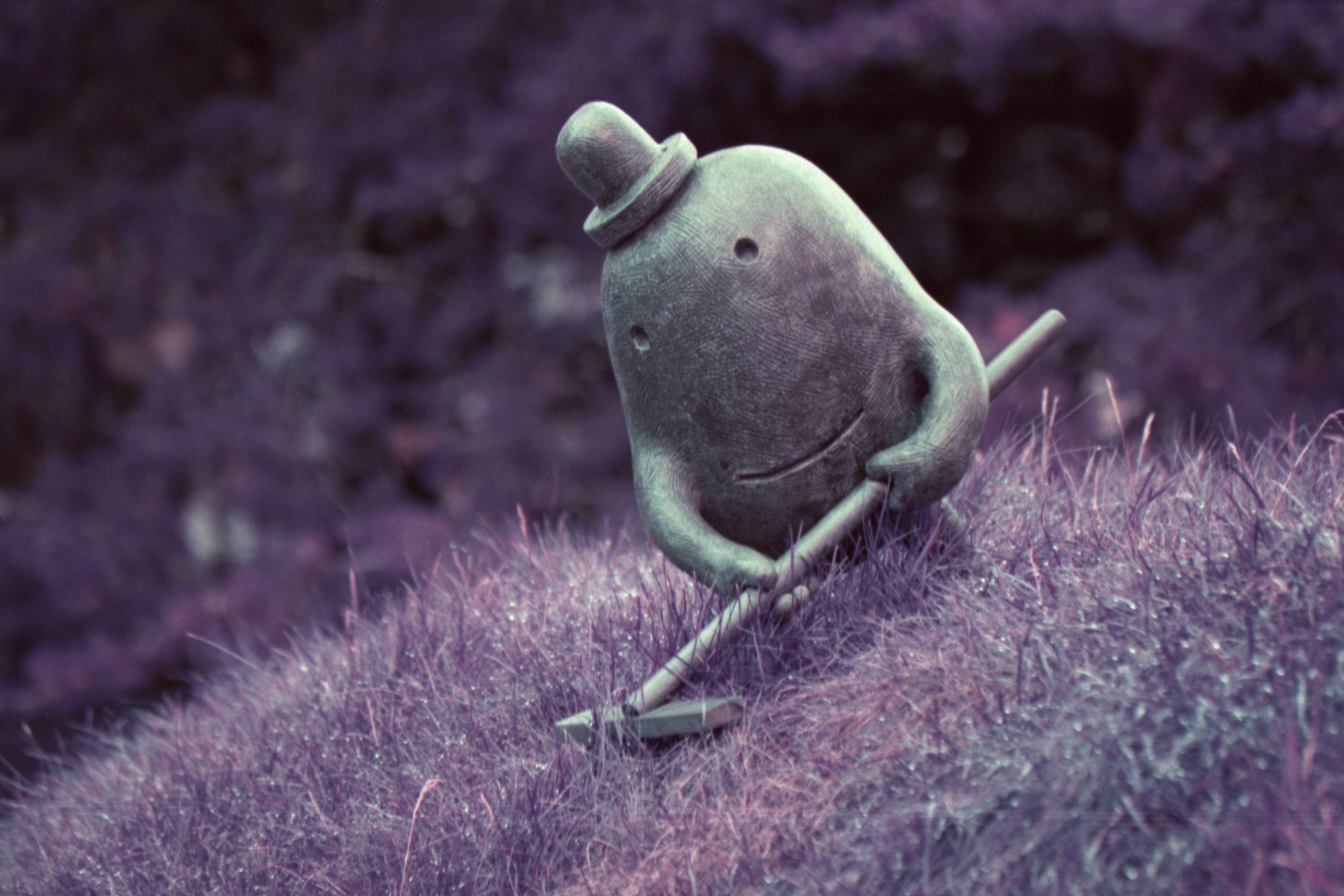 All our dreams can be reached if we had the gumption to chase them, but it takes work. Plus cussing. A lot of cussing.Minneapolis, MN

But there is another dimension to crinkly, old photographs that helps foster these scrupulous feelings of nostalgia, and one that should be equally recognized. It’s the film itself; the semi-transparent, chemical emulsion stimulates our senses fand whisks us away to another place and time. No digital image can provoke such wistful dreams from long ago. Film, in all its grainy glory, holds a special place in the hearts of those willing to live in the technological past.

While business never stops shouting the assurance of “new and improved” or tiring in their instigation of buyer’s remorse we will forever find ourselves wooed by, and infatuated with, the allure of yesterday’s manual instruments. Analog is pure and unadulterated. It's sexy. It’s the highest experience the soul can have—that of interacting with the physical world—and so we find more beauty in paintings, more charm in vinyl, and more honesty in the whir of film projectors than in with any of these electrical counterparts. To be human is to create, and no digital wizardry can embellish the mechanisms of creative expression more fluently, or more affectionately, than in with the mechanical contraptions of days gone by. So it should come as no surprise that film photography is still lurking around.

After shrinking to a fraction of its former glory, the film industry has been growing steadily in recent years as young hipsters and creative professionals are discovering the medium for the first time. Online stewards of film have emerged, such as Lomography.com, Film Photography Project, and Polaroid Originals, to help keep the dream alive by promoting and selling piles of film paraphernalia. Why, you ask, does an obsolete technology still exist in a world that offers far easier ways to take a picture? 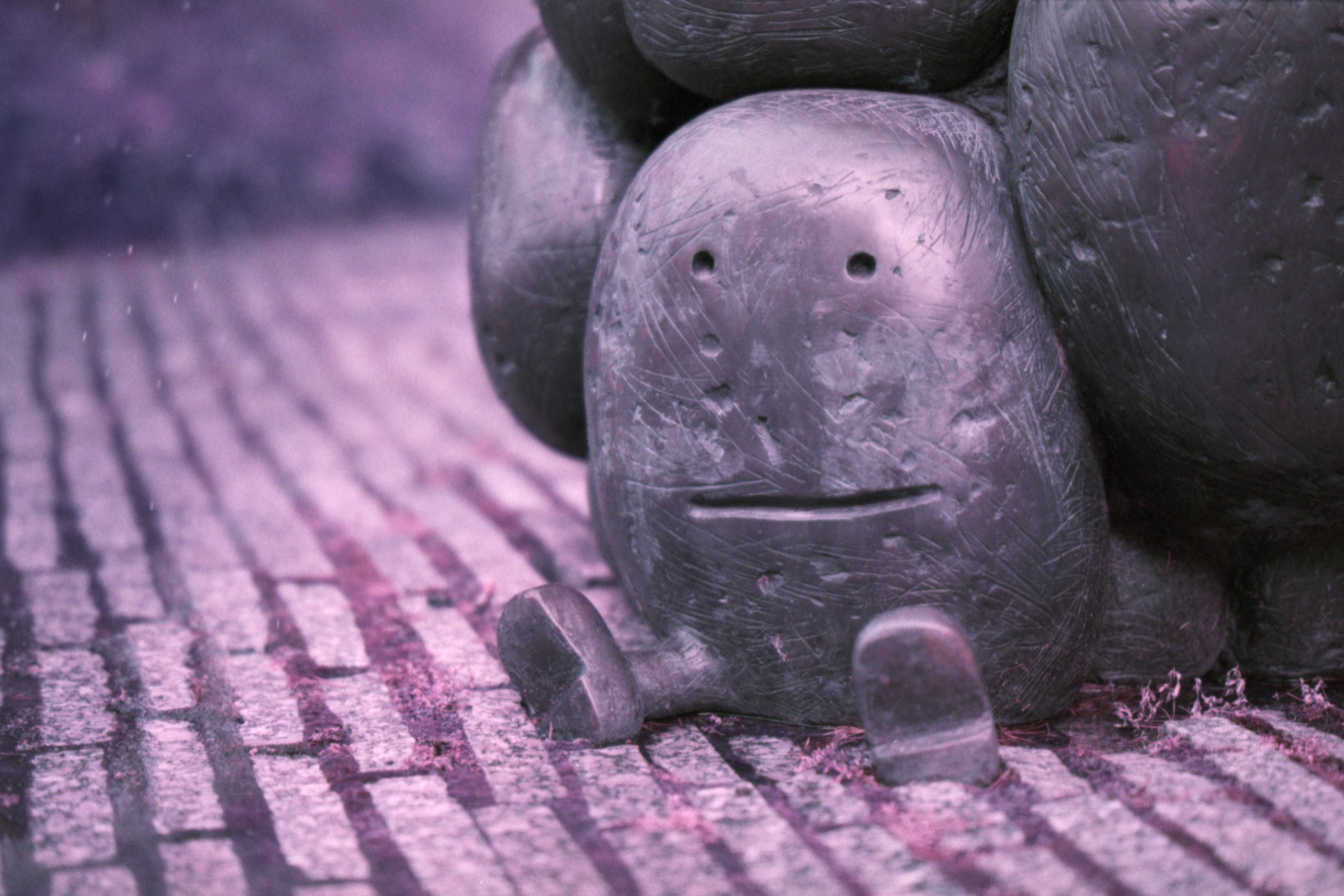 Sometimes it feels like the weight of the world is on our shoulders. Maybe we let ourselves realize we're doing it wrong and just take a different approach.Minneapolis, MN

Film is warm and intimate. Its unique color, contrast and grains capture a much more tender image of the world than the flat, sterile images recorded by digital cameras. Digital photographers resort to computer software to apply texture, color alterations, and other artificial bandages to their images to give the impression of film and the illusion of soul–all to make their digital pictures easier to look at. However, film stocks—Ektachrome, Provia, CiniStill, Tri-X, for example—all have their own idiosyncrasies and qualities that give photographers exactly what they're looking for. No cosmetic surgery required.

Film and paper ensure originality, authenticity and eternity. The analogue future is the home of a whole lot of love, fun, joy, sex, and… paradise!Lomography.com

Anyone can fall in love with film. The balance of tone and texture in photographic emulsions resonate strongly with the viewer. Every speck of dust and every scratch, every water spot, rip, tear, and light leak that seeks to blemish the image conveys a fleeting moment in time, never to be photographed again. There is an unseen magic, a sense of wonder, in how light can pass through a lens and leave the residue of life burned onto the film. Photographic negatives, slides, and prints exist as real objects, and because of that, are more treasured because we can smell, feel, and touch them. 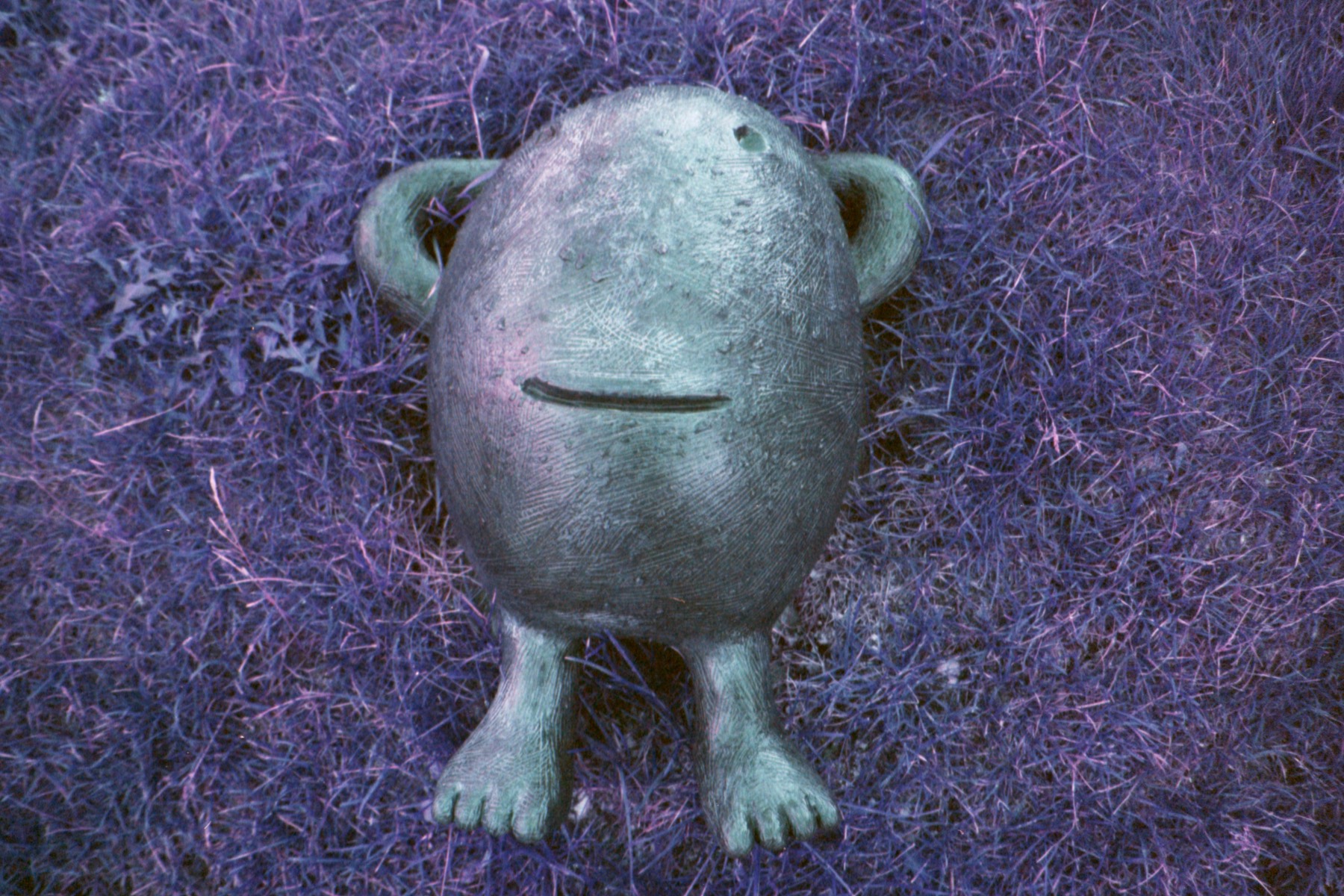 Some days we don't need dreams. Some days it's just best to unwind so completely that you don't even know what day it is.Minneapolis, MN

There's no denying the ways in which electricity has improved the quality of life for all of us. Romanticizing a pre-digital past would be foolish. But even with the relentless march of technology there are buttloads of instances where doing things by hand still offers a better experience, and it’s the experience itself that we're all after. Every photographer should then take it upon themself to fumble around with old film cameras, even if for just the experience, because in doing so their photographic skill will increase from being forced to understand the relationship between shutter, aperture, and film speed since many of these old devices don't come equipped with automatic settings. Some, such as the older Leica M-series rangefinders, don't even have light meters.

What's more, the process of shooting film tends to get expensive. The photographer is compelled to visualize each shot beforehand and to wait for what Henri Cartier-Bresson called the decisive moment so as not to waste film. We must relax our trigger finger and seek out only good pictures. But to slow down and pressing the shutter button at the moment that best captures a scene is incredibly difficult. It poses a unique challenge for the photographer. But what if we could pull that off, taking one meaningful picture and then another, to create a contact sheet of 36 keepers? What would we call that? Perfection.

Anything Less Than Perfect Is Unacceptable

Some might say the chase for perfection is demoralizing, that we're only setting ourselves up for failure, and sure, this might be true for those who find the bare minimum acceptable, but for the rest of us, we’ll keep busting our ass to achieve the very best. We might miss the target, but fuck, who cares? We’ll still end up with something amazing, or at the very least, something we can be proud of.

In the photography world, this ethos of character can be seen in the life work of Gregory Crewdson, the world's greatest living, fine art photographer. Crewdson's visionary sense has transcended ordinary and reached that idealized form of photographer, a master artisan who simply does not take a picture but creates one. He orchestrates Hollywood-sized crews of people and equipment to stage elaborate photographs that depict domestic life as inescapably filled with mood and mystery. The images he creates are cinematic, a choreograph of light and subject, a relationship between art and reality, an ode to the banal and strange, an enterprise of order and meaning. The photographs, as seen in art galleries all over the world and online, are surreal, eerie, and dream-like. 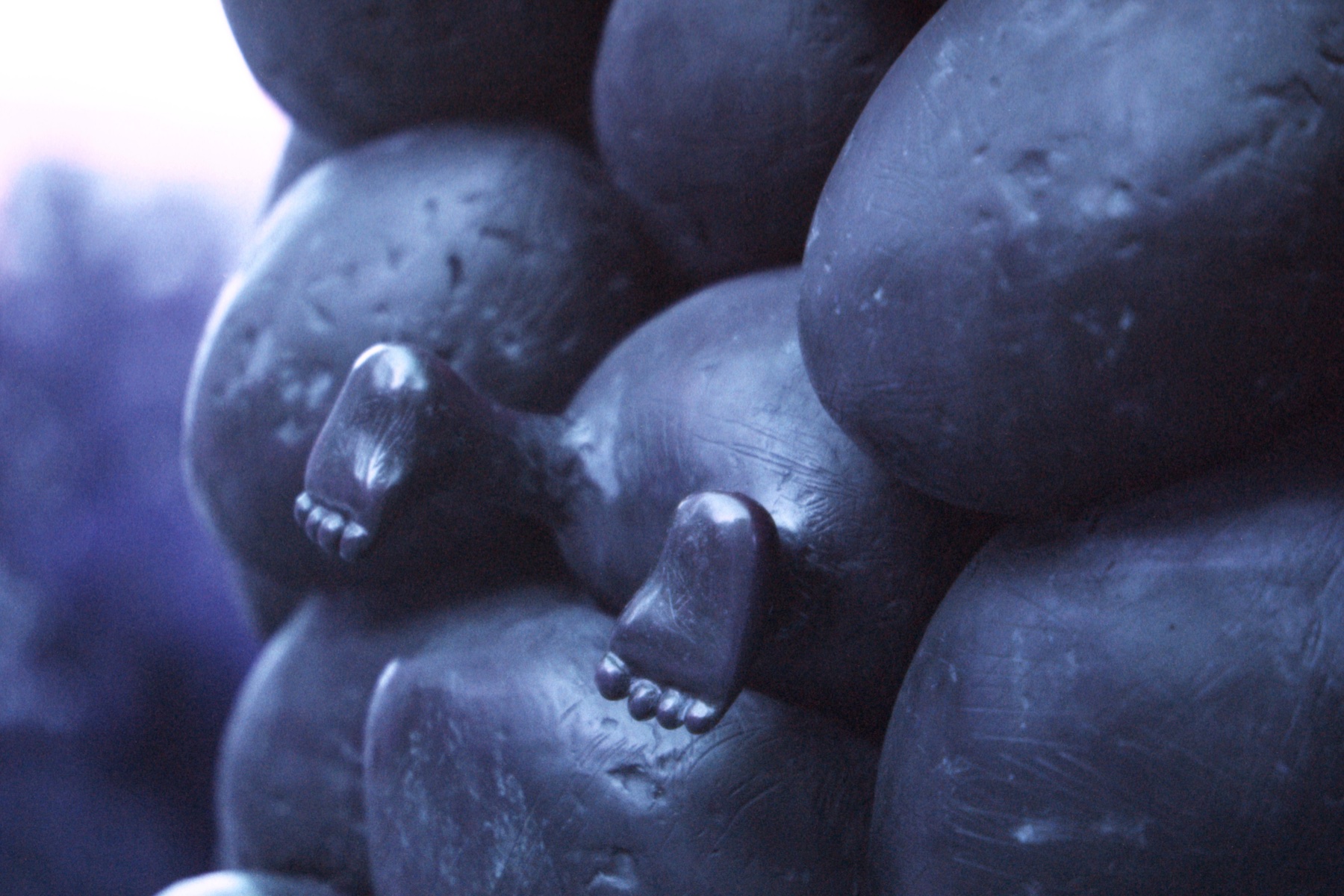 It's always good to jump head first into dreams when you can. The sooner you start, the sooner you reach them.Minneapolis, MN

Crewdson has composed an exceptional body of work over the span of three decades using a creative purview that would be difficult to imitate, if only because of the amount of effort needed. When inspiration strikes, a storyboard is written, locations scouted, actors—often just amateurs—are cast, and streets shut down. A 40-man crew erects huge cranes fitted with giant flood lights to carefully illuminate the scene at those twilight hours in the evening where light, shadow, and color are at their peak. When all is set and ready, a series of 50 photographs are captured onto large format, 8x10 sheet film to get that one perfect shot.

My pictures are a search for a moment, a perfect moment.Gregory Crewdon, photographer and inventor of dreams

In the 2012 documentary, Gregory Crewdson: Brief Encounters, the photographer had mused, “The whole process of making art is an act of faith, in a way. This idea that you’re gonna will something into existence that means something to the larger world… particularly in my way of making pictures, which is this preoccupation with trying to make something perfect.” The meticulous attention to detail that Crewdson’s photographs demand is far too excessive for the average person, and that’s the problem. Rather than give their work everything they can, the average person today will find acceptance in mediocrity.

Every great dream is worth chasing, just don't forget to bring a camera.Minneapolis, MN

For much of the modern world, the idea of taking pride in one's work has decayed into the gold standard of “good enough”. This work ethic prefers the low road, cutting corners, fudging numbers, and all the while pacifying any self-criticisms with the pithy expression of, “It’s not perfect, but good enough.” Societies that sustain themselves with such pathetic idioms will inevitably rot themselves out. Can there be anything more demoralizing than that?

Chasing perfection isn't something to be frowned upon. It's the most noble thing a person can do. If there's anything in the world to disprove of it's those people who don't even try. What happens to a person, a people, or a culture that decides perfection isn't worth chasing? Nothing good, that's for sure. In fact, when we let ourselves be seduced by the convenience of lower standards, all aspects that dignify humanity are eroded into a grotesque carelessness.

What Gregory Crewdson and his photographs show us is that perfection can be chased with a camera. His pictures invigorate our own photographic ambitions to immortalize beauty, to hunt for better pictures, and to give it our best in doing so. Chasing those unreachable heights, and take pride in the effort. Sure, perfection may only be a dream, but it’s definitely a dream worth having.