Neurasthenia And The Two Most Important Things To Be

Behind the congenial face of every human being lies the cumbersome burden of great expectation. For within the dreamscape of our creative imagination is a vision of the future, a pleasant rendering of how things will, or ought, to be. We expect success over failure, wealth over poverty, love over rejection, and good vanquishing evil, and yet, the more we expect from life the more we fall prey to the cyclic rhythms of hope and despair as we notice the expanding gap between what we expect from life and what we actually get. A kind of mental exhaustion, known as neurasthenia, precipitates in those who see the unlimited potential in themselves, in humanity, and all that the world has to offer but who are too stubborn to accept the limits of what’s realistically possible.

Once known as a weakening of the nerves, neurasthenia has been more recently defined as that anxious feeling about living, about always yielding to obligation yet feeling restless, like you’re missing out on something. Never before have we had access to so much information on, and knowledge of, the people, places, and things that compose the chaotic orchestra of life. We look out our windows, turn on the television, or browse Instagram and are overwhelmed with a world of endless horizons, of vibrant and pulsating notes all echoing down the corridors of our conscious mind as a chorus of things we all wish to indulge. 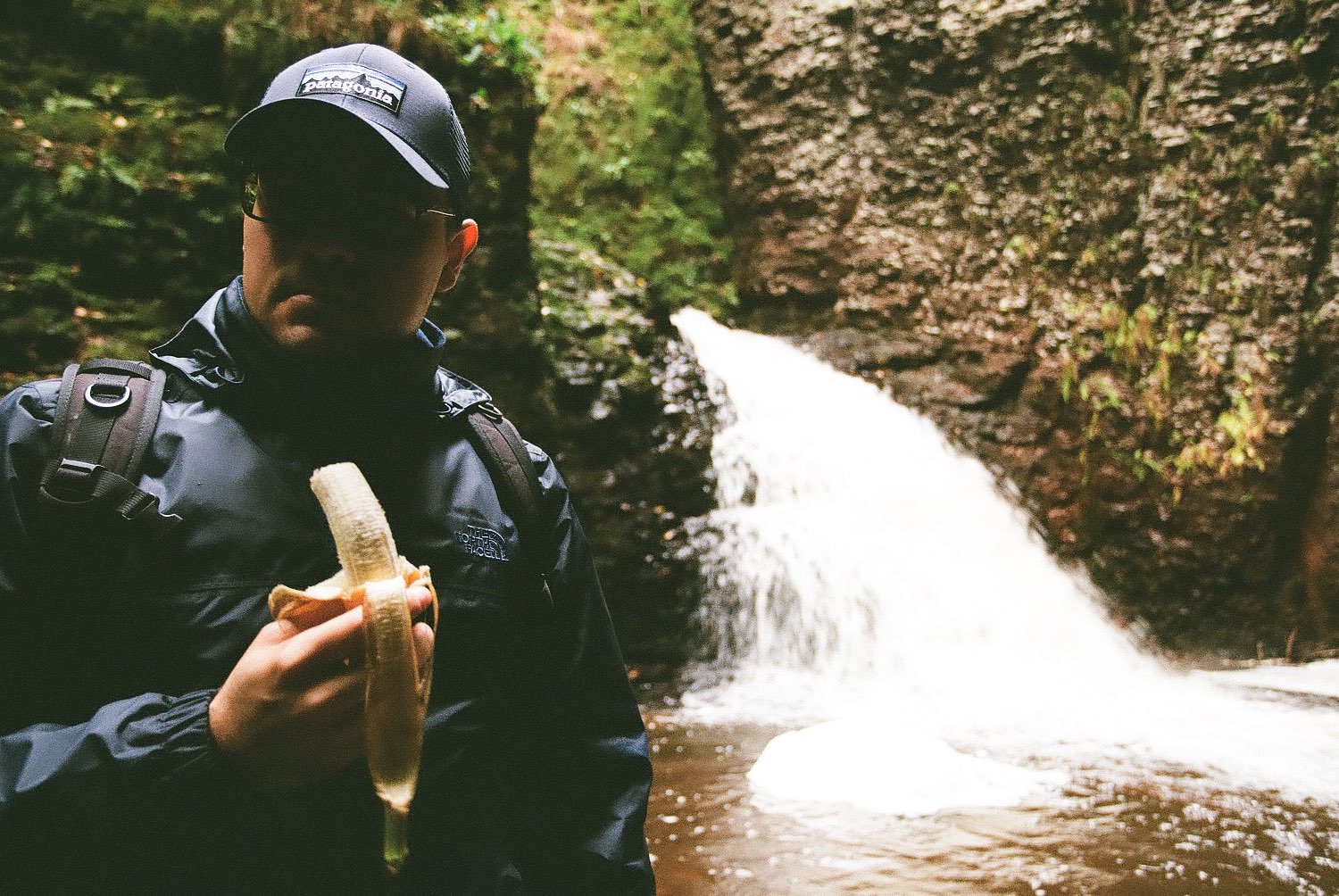 We could longboard down Iceland’s scenic highway between Egilsstaðir and Seyðisfjörður like Ben Stiller did in The Secret Life of Walter Mitty. Or we could give up on society’s mindless rat race and move to the Caribbean to scoop ice cream. Or maybe hike the 2,190-miles of Appalachian Trail, walk across America, canoe through the boundary waters of the Quetico-Superior, skate across frozen lakes, learn structural engineering to 3D-print homes and reduce the cost of ownership by 90 percent, enroll in a Comic Art program and create graphic novels of Donald Trump, blow our savings on cinema-grade video gear and shoot documentaries, fall asleep in Lapland under the northern lights, or compete in the world famous sandcastle contest held on the sandy shores of Cannon Beach, Oregon.

It seems like the more we learn about life the more we set ourselves up for disappointment because within the scope of everyday living we cannot do everything. There is never enough time for everything. A great many lifetimes could be spent trying to experience all the marvelous little things that draw our attention while still having the much needed time for those special moments of solitude where we do nothing at all.

There is not enough time to do all the nothing we want to do.Bill Watterson, creator of Calvin and Hobbes

So we must choose our recreations wisely. We must choose the things that bring the greatest benefit to our self, the most important person in the world. Of all the things we can choose to do, the first choice is rather obvious. Choose to be educated.

Starting Off On The Right Foot

Ken Robinson, a prominent educationalist, has given several TED Talks over the past decade regarding our educational system and ways to get the best out of people. He believes structural changes are needed in education to focus on cultivating creativity and nurturing the many types of intelligence. In a TED Talk titled Changing Education Paradigms he described schools as being organized like assembly lines. Ringing bells, lessons compartmentalized into different subjects, children being educated in batches based solely on their manufacture date, and that all students learn from the same blueprint of standardized curricula are evidence of an academic factory farm where we’ve been educated to become good workers rather than creative or independent thinkers.

This is not surprising. From an early age, we’re led to believe that you only go to school to get a job, that employment or the advancement of it, is the single end goal of education. This is true to some extent, but the belief that education is just a prerequisite for work is how the American school system came to be modeled after industrialism and fast food.

The production line mentality of our academic institutions was conceived, designed, and implemented during the economic circumstances of the Industrial Revolution and has remained largely unchanged. Educational systems are focused on serving the radical needs of capitalism and its extreme division of labor, not the individual. Lost is the student’s ability to think deliberately about problems, to connect dots across disciplines, to understand the "why", and to value the arts and sciences that define the human condition. When the purpose of education is watered down into the production of credentials rather than the cultivation knowledge we forfeit the greatest mode of living for the human species, a life bursting with curiosity and understanding.

Education is not preparation for life; education is life itself.John Dewey, philosopher, social reformer and educator

At the onset of every great discovery is the motivation to know and to satisfy our unending curiosity for understanding. The ultimate goal of education is, or in the most rational sense should be, to have its young people leave school with a worldly curiosity to know things, to build a childlike inclination for knowledge and critical thinking through the methods of inquiry and reason, to awaken the psychological powers of productive thought, to teach the virtue of asking questions, and not poor questions either. A momentary pause to think clearly and ask the right things can make all the difference in a world where profiteering from misinformation has become the baseline standard.

Being educated, instead of just “having” an education, demands a radical cultural change. But maybe that’s asking too much. People want easy or convenient solutions to their difficult problems; just tell me the answer so I can fill in the multiple-choice circle! But if we could somehow change the cultural stigmas that plague what being educated really means then we open the floodgates for becoming something even greater.

A Springboard To Jump From

At its core, neurasthenia shares the same genetic makeup as restlessness, an affliction that is deeply psychological just as much as it is deeply cultural. The presence of an active mind, competitive character, and a lover of liberty—basically, the quintessential human being—will always be prone to searching for the novelties of new experience. Our curious selves can’t help but crave the sensory stimulations wrought in the sights, sounds, and titillations of open adventure, of new activities, and in seeing what’s over the next hill. By itself, the act of exploring is the vitamin that nourishes the human soul and that enables civilizations to progress and expand, not just in the physical world but in the intellectual and creative realms as well. 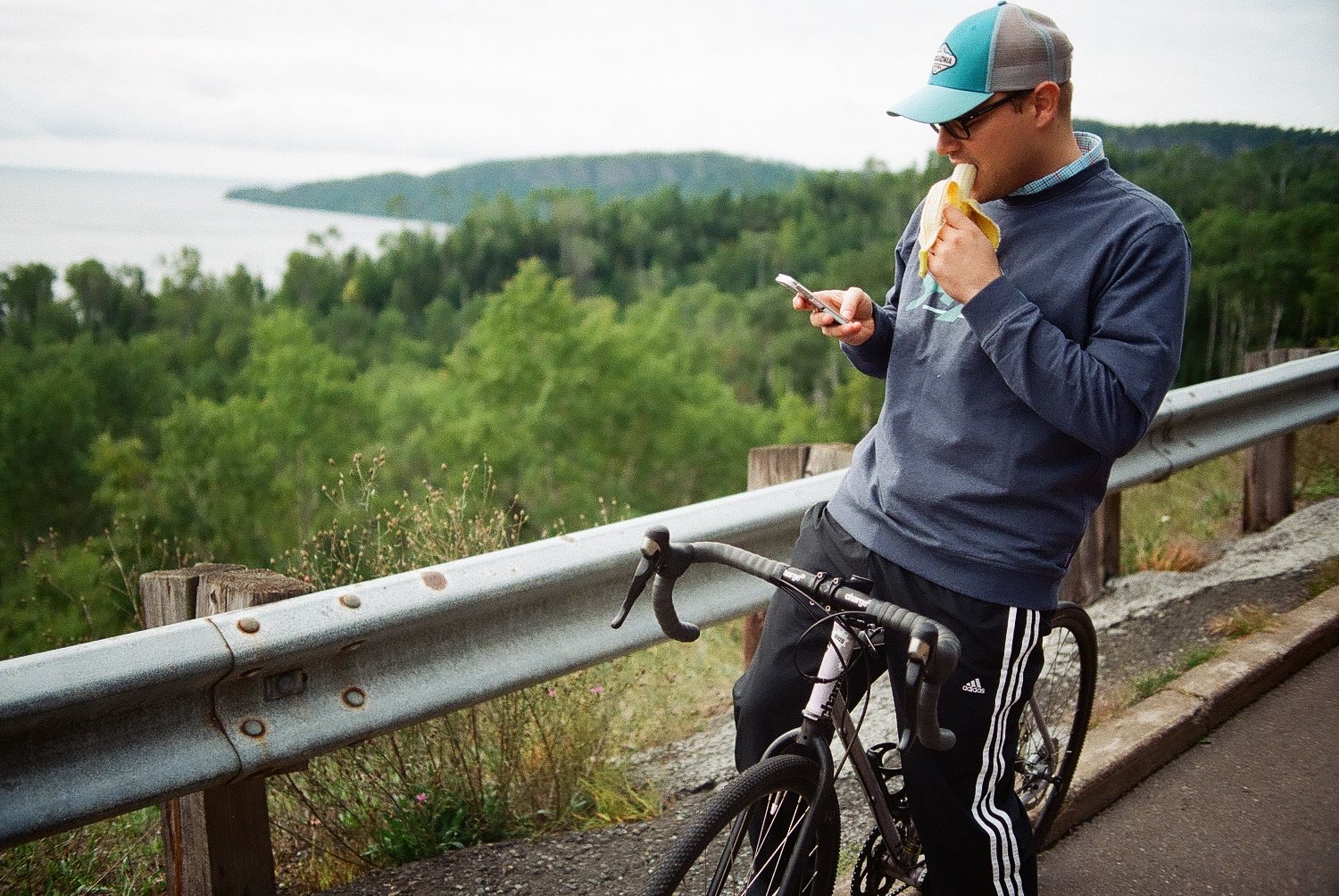 By exploring the world around us we become excited about life and what new directions we might pursue. The greatest treasures bestowed upon mankind have always come from those with a desire to know and the curiosity to explore. Galileo discovered the giant moons of Jupiter not to spurn the ecclesiastical beliefs of immutable heavenly bodies but to satisfy his own curiosity. Darwin did not conjure up the Theory of Evolution to poke fun at the false assumptions of creationism but to know and understand the world around him. Von Braun did not father rocket science to throw V2 missiles at England but to fulfill a passionate desire to reach the stars. When each new generation is inspired by the zeal of great discovery, the world becomes transformed. The endless strides we make for truth and discovery are the greatest qualities of our species, even if those truths are not favorable to our biases and emotion.

The truth, however ugly in itself, is always curious and beautiful to seekers after it.Agatha Christie, writer of detective novels

Children need to be instilled with a deep veneration for understanding, creativity and the power of ideas, because regardless of what problems we face as individuals, or as the collective human race, there will always be an idea to help us prevail through the scientific, social, and cultural challenges we will invariably face. But ideas need to be explored. Explore ideas, people, places, and things. By exploring the world around us, we are, in effect, exploring the inner dimensions of our true self. Through such passionate pursuits of knowledge we become more aware of our own greatness and unlimited potential. So sally forth and immortalize yourself in great discovery, find imperishable truths, and be the apex of the human species. Be an explorer.