The Problem Of Becoming Our Future Self

Matt Damon is funny. Hilarious, in fact. And no, I don’t mean funny as in a great comedian telling knock-knock jokes or the class clown who uses a whoopee cushion to start a juvenile riot. I mean funny in the categorical sense, like how a tomato can be categorized as a vegetable even though, biologically, it’s a fruit. It’s just how we assemble and organize information in order to rationalize our perception of the world.

Recall how, in 2004, the creators of South Park, Matt Parker and Trey Stone, had released the political satire film, Team America: World Police as a caricature, or perhaps more so as an accurate depiction, of America’s involvement with the war in Iraq and the armchair protest against it. Diverging from the norm, the film was shot entirely with toy action figures on strings, or puppets, and a symphony of miniature pyrotechnics erupting in apolitical nihilism. A number of celebrities were portrayed in the film, including Matt Damon, who was depicted as a thoughtless marionette only capable of saying his own name, “Matt Damon!”, whenever he appeared on camera.

In an Ask Me Anything! discussion on Reddit, Matt was asked what he thought of being presented in such an unflattering type of way. It appeared he was confused by the whole thing and didn’t know what to make of it, “I was always kind of bewildered by Team America, I think because it’s hard for us to understand what our images are in public, I think we’re not good judges of that, and when I saw myself on screen just only able to say my own name and not really that well, I kind of wondered ‘Wow, is that how people perceive me?’ At that point I just kind of was like, I’m a screenwriter and an actor, and like really? I can barely say my own name? So I was always bewildered by that…” 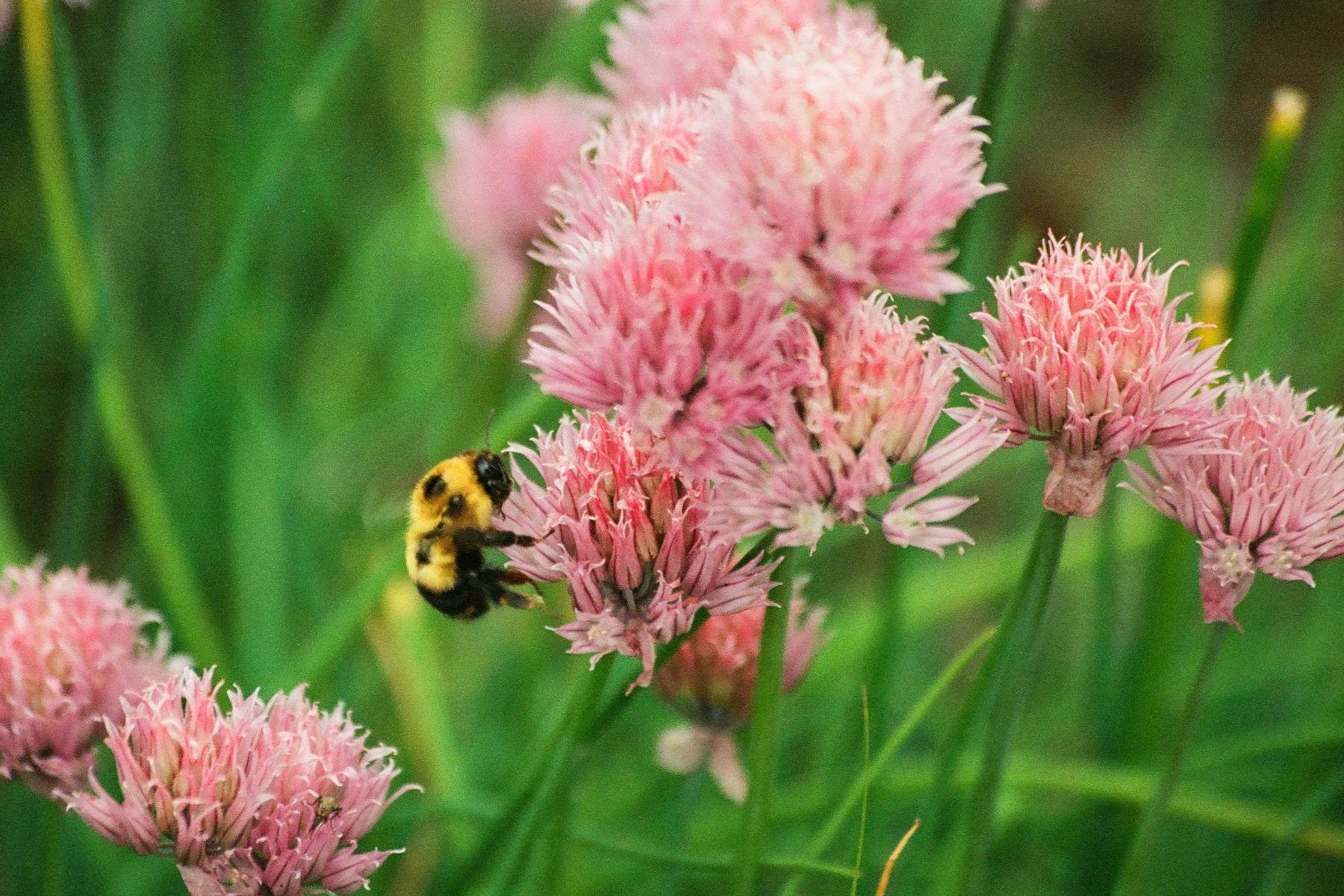 Backyard flowers don't get to choose where or how they grow. They are at the mercy of things outside their control.Backyard Flower Garden

Humor is such a broad and complex human experience that it’s difficult for a person to quantify and appreciate every little nuance and flavor it has to offer. Not all humor has to have meaning. In his autobiographical report, Understanding Understanding, intellectual hedonist and information architect, Richard Saul Wurman, wrote, “A joke, after all, is an exaggeration of the truth, the opposite of the expectation.” To hinder Matt’s puppet to a three-syllable shriek, “Matt Damon!” is unexpected, and for Matt to be confused over “Matt Damon!”, and then go on record stating he didn’t “get it”, that’s what makes him funny. Hilarious, in fact. Matt Damon!

A joke, after all, is an exaggeration of the truth, the opposite of the expectation.Richard Saul Wurman, information architect

Now, don’t go throwing up any cancel culture flags and misconstrue what I’m saying. How Matt Damon was—Matt Damon!—pictured in Team America was not intended to reflect his ability as an actor or as a human being. It was just meant to entertain us with the unexpected for the brief 90-odd minutes or so. Matt is a decent enough actor. Hollywood wouldn’t have put him in all those movies if he wasn’t, right? And actually, Mr. Damon was in one of the most thought provoking films of all time, Good Will Hunting, a film that cuts like a knife and reminds us of the most depressing fact of our current intellectual era, that very few of us will ever reach our full potential.

It’s Not Your Fault

In Good Will Hunting, Matt Damon plays the role of Will Hunting, a South Boston delinquent youth who just so happens to be a genius mathematician. The opening scenes show Will employed as a janitor at Massachusetts Institute of Technology (MIT), waxing floors, emptying dust bins, and, presumably, cleaning shit out of toilets. But despite his job title and outward appearance, this “environmental engineer”, as they’re called now, easily solves complex math equations posted on a hallway chalkboard by Professor Jarold Lambeau who had been trying to challenge some of his more gifted graduate students.

Basically, Will Hunting is this boy genius who, after being a victim of a troubled childhood, finds himself struggling with the responsibilities of young adulthood, opening up with others, and wrestling with the unlimited potential his mind has given him. Will could be whatever he wants to be and do anything he wishes to do. He’s bound by nothing. But what does he choose to do? Wallow in self-pity and get drunk with his buddies, and by at end of the film, submits to teenage emotion when he goes to “see about a girl” rather than committing himself to any real responsibility for once. This girl was the feminine interest for Will until their harsh and inevitable demise. 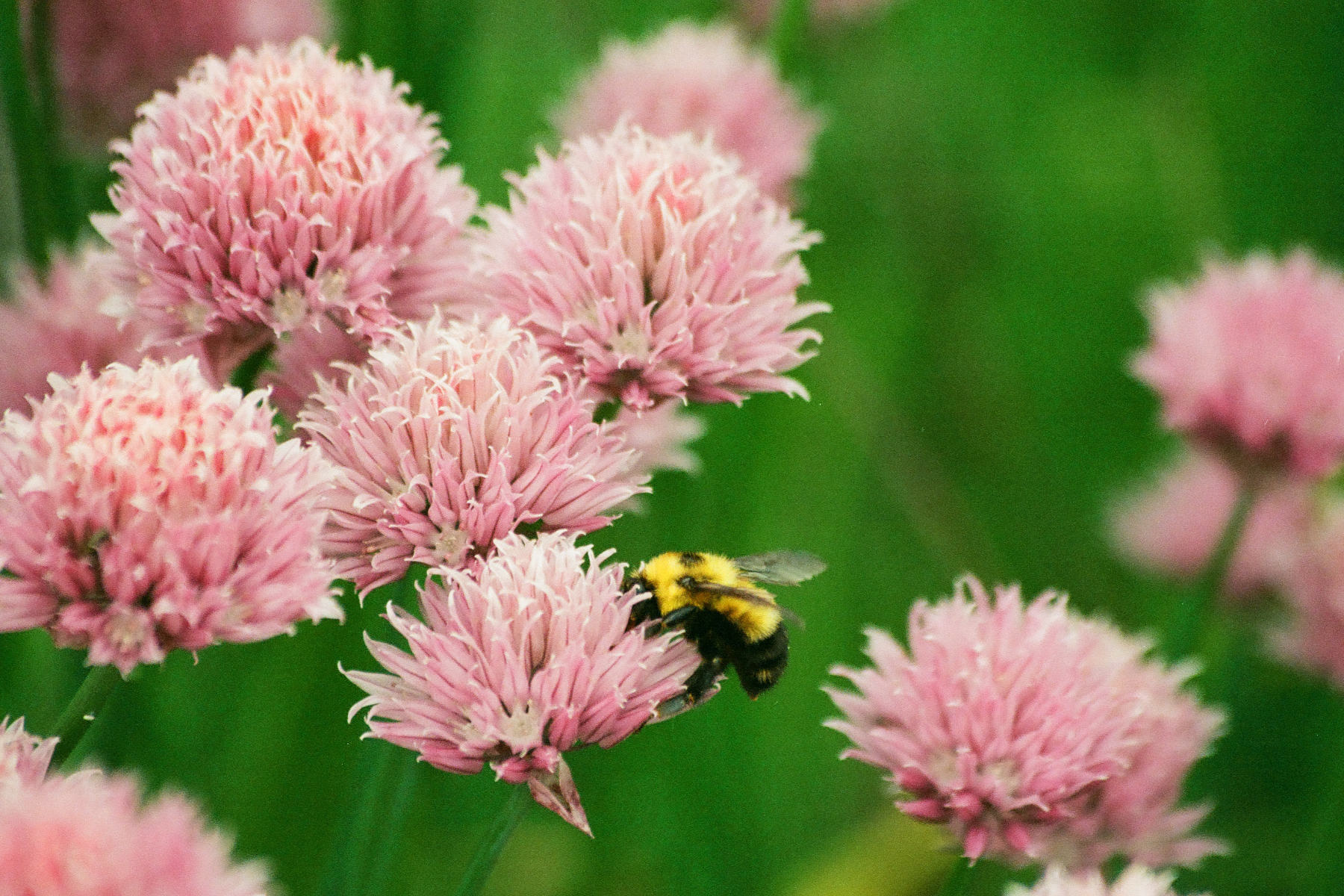 Most flowers get to blossom and show the world their best color. But some will only whither and die without having that chance.Backyard Flower Garden

Throughout the movie, the assorted cast of characters—the best friend, the girlfriend, the therapist, the professor—all make their attempts to nudge Will towards a better life path so he can become everything he was meant to be. When a person is born with such a special gift as Will’s it is imperative that they use it. By not developing our skills and talents we limit the available choices in our life and the power to execute them. And, more importantly, there is the moral case that says we improve the world and are able to do the most good in it through the development and exercise of our strongest talents.

A mind is a terrible thing to waste.Arthur Fletcher, civil rights activist

Unfortunately, the odds are against Will that he turns his life around and builds anything substantial with it—just ask anyone on Reddit. The film tries to depict change is as easy as flipping a switch, seeing a psychologist, and giving Will a nice, big hug and telling him, “It’s not your fault”. Hollywood likes to funnel plot lines into those feel good moments, but it doesn’t reflect reality. Change is hard, which is why Professor Lambeau had such a deeply disappointing response when he realized Will was a lost cause, “Most days I wish I never met you, because then I could sleep at night. I wouldn’t have to walk around with the knowledge that there was someone like you out there—I didn’t have to watch you throw it all away.”

But should we grieve so deeply? Sure, Will Hunting is a fuck up, but this was just the hand he was dealt. Everyone is born with a different set of cards to play with. We are all at the mercy of life experiences and habitual tendencies we cannot choose. Where we end up in life is just the result of events commencing before our birth and unfolding over days, months, and years, most of which are outside our control. So what can we do?

Life is a struggle, if only because we make it so. Humanity has all the potential and resources it needs to become however extraordinary it wishes to be, and yet it plays dumb and prefers to wallow in its own self pity. Everyone has this grand vision of the person they could become and all the things they could accomplish if only they had the opportunity.

This failure to realize our future self was lamented over by Uncle Rico in the 2004 film, Napoleon Dynamite, “If coach would’ve put me in fourth quarter we’d have been state champions, no doubt. No doubt in my mind. You better believe things would have been different. I’d have gone pro in a heartbeat. I’d be makin’ millions of dollars and livin’ in a big ol’ mansion somewhere. You know, soakin’ it up in a hot tub with my soul mate.” Of course, Uncle Rico could have failed just as well had the coach sent him in, but the point is he was never given the chance.

Life is what happens to you while you're busy making other plans.Allen Saunders, writer and cartoonist

Some see the endless possibilities of human potential as a myth and that the examination of the life we are missing out on is a contemplation not worth having. But how many brilliant stars have failed to shine, their untapped potential withering away after being kept on the sidelines, stiff-armed, or left without the time and energy to nurture their own innate talents and interests? This frustration is a common theme among the throngs of human existence.

In 1959, the life of musical sensation Ritchie Valens was cut short when he died in a plane crash at age 17. In the 2013 documentary film, Finding Vivian Maier, we discover an unknown master of street photography whose boundless talent as a photographer was fenced in by her life as a nanny. In the autobiography of Malcom X, we learn of his encounter with an elite numbers runner who never wrote down the bets he was taking, just filed away all combination of plays in his photographic memory. And so on. What heights could be reached and contributions to society be achieved if people were given the chances, the opportunities, and the things they needed to grow into their ideal self? 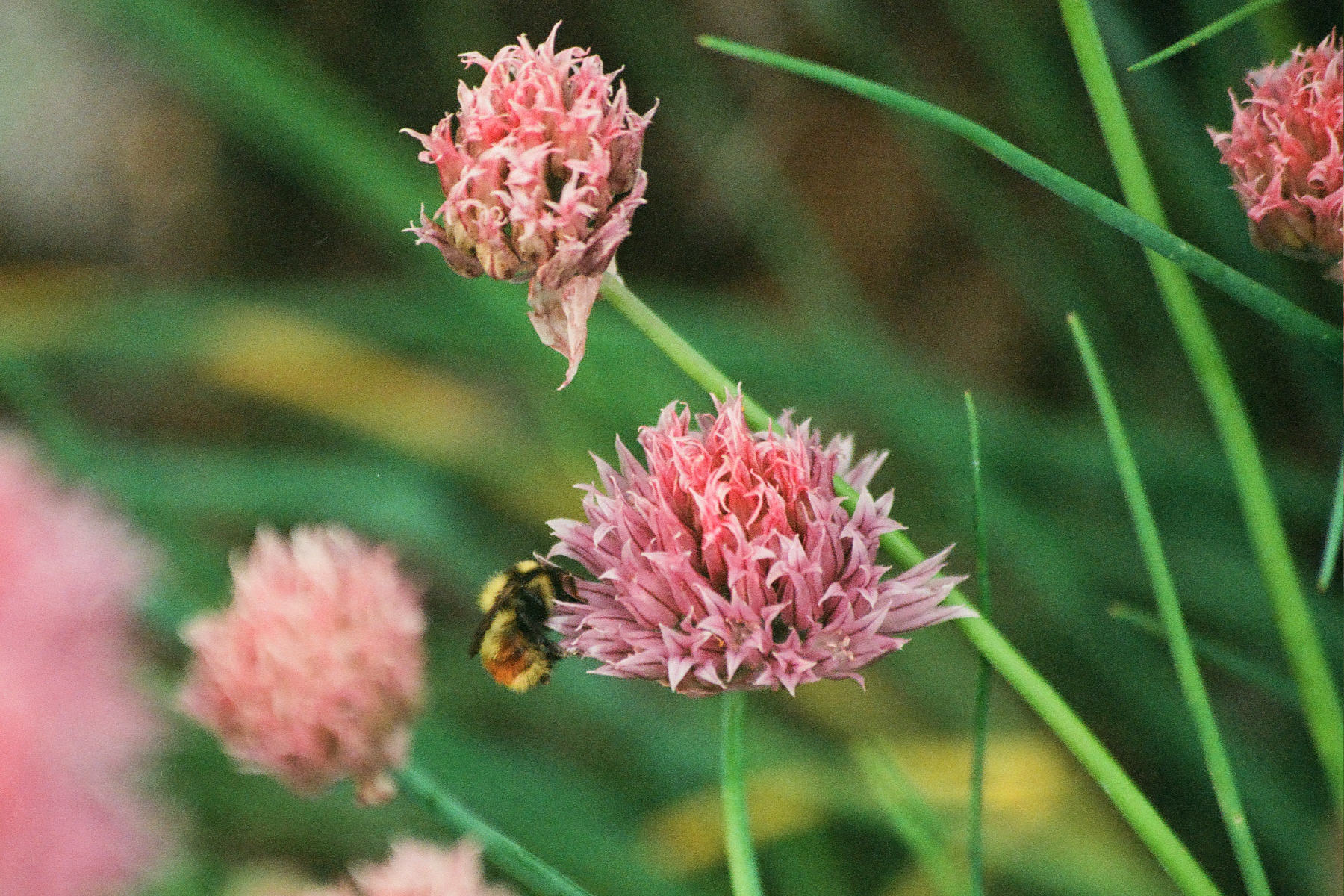 Are bees really passionate about sucking down nectar? Or is it ‘just doing their job’ to them?Backyard Flower Garden

Things rarely ever develop the way that we want them to. Life prefers to punch us in the gut and kick us in the groin, and all too often. Or it dangles some other amusements in front of us and distracts us from the things we really want out of life. The roads we do end up on are not the result of following our own itinerary but rather the product of uncontrollable circumstances being the barrier to our personal advancement. It’s easy to forget how we once had interests and talents beyond the life we kinda-sorta fell into. But most of human activity is like this.

The organization of work and productivity is not the result of passion and enthusiasm but rather an unwelcome compromise. Watch the film, Idiocracy. The world’s best scientists were focused on the problem of male pattern baldness and penis enlargement, not because they were passionate about perfecting the male form but because that was where research funding was being spent. They had to take a job somewhere, you know. That’s life, and it’s hard to imagine something more stupid. So what then? Is there anything we can do about it? No, not really. 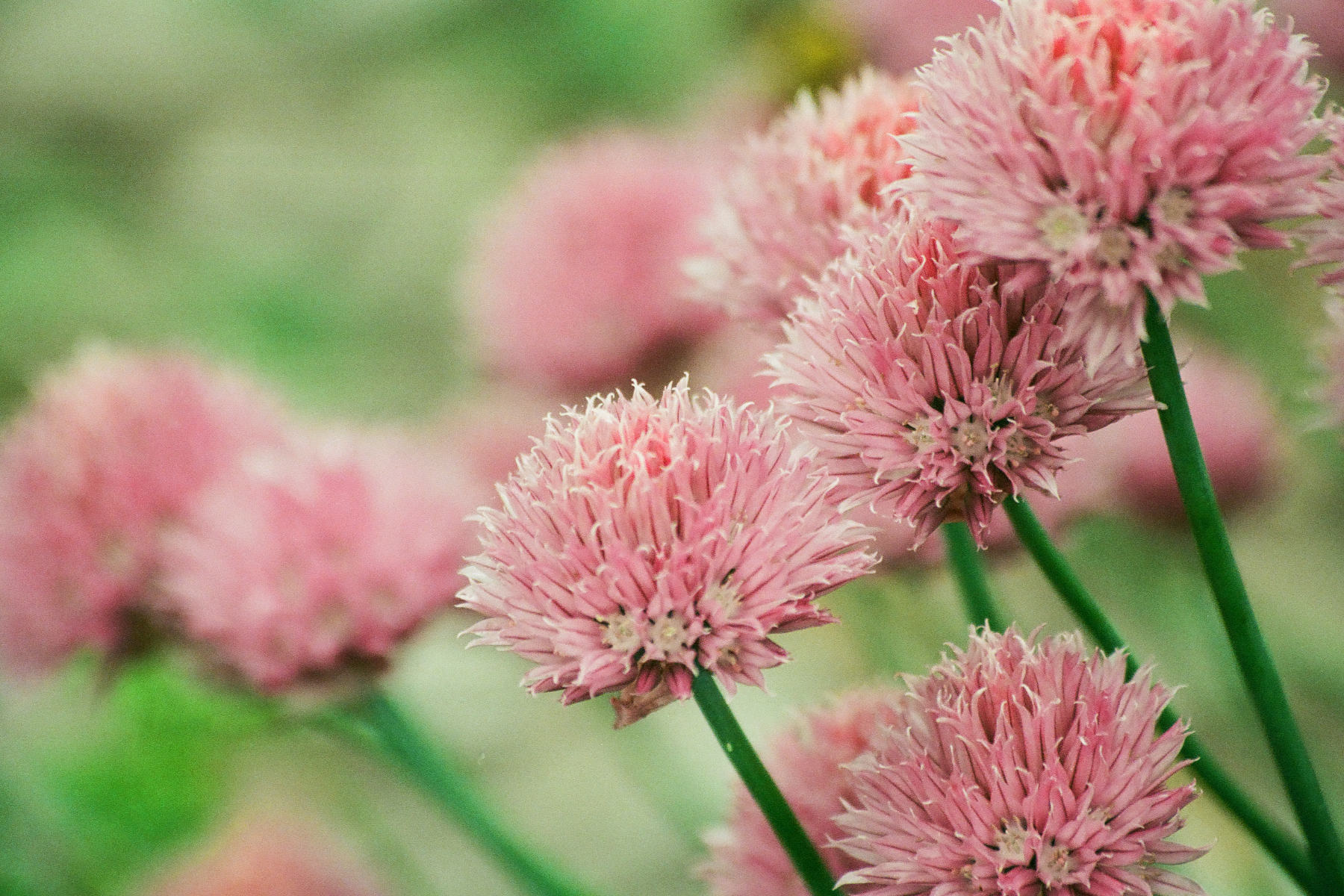 Plant a garden and make that one small part of the world beautiful.Backyard Flower Garden

Internalize your frustration and disappointment in life. Bottle up your emotions and bury them deep down inside. Pretend you don’t see the fallacies of the world, weighing it down like a cinder block strapped to the nuts of marathon runner. Put on a happy face and go through the motions as best you can. Persist in misery for years until that one day you can finally afford a tiny plot of land. Then pivot your attention. Plant a garden and make that one small part of the world beautiful. Watch it grow, and think about that garden while you grind through a career of soul-crushing, and, in all probability, pitiful, meaningless work.

Do you know what I’m saying? It doesn’t have to be just a garden. The garden is just a metaphor for whatever creative or intellectual purpose you wish to pursue. Be thoughtful in your tilling. Chances are you will never have the time nor the energy for a large botanical garden, only a very small, piddly thing, but try to make the most of it.