The Reason For The Season

At the end of every year people from all over the world gather together to celebrate the mother of all commercialized holidays, Christmas. The long and drawn out festivities kick off with pre-Black Friday sales in mid-November run through New Year’s savings around mid-January. It’s literally a two-month long sale-a-bration of mass consumerism that will, for the most part, brighten our days with unabashed spending and fist-pumping good deals. And I say this in all seriousness, take the opportunity this year to go all out.

Christmas is the only time of the year that legitimizes the purging of our annual savings. For without the impulsive spending, empty wallets, and the tennis elbow spawned by repetitive credit card swipes wouldn't these winter months feel colder, darker, and less hospitable? Think of all the happiness and joy felt during this time of year. Isn’t the camaraderie and good cheer closely linked to the efforts we put into the holidays? Why, of course they are. The more plastic decorations we put up, the more caroling we do, and the more Christmas drunk we get the greater our state of comfort. So, I beg of you, don’t even think of holding back on your Christmas shopping. Never hold back.

If you’ve ever felt the urge to replace tattered furniture, broken appliances, or rusty automobiles the best time to do so is during “the holidays”. It’s easy to save an extra 10-30 percent over any other time of year. It’s like they say, the more you spend, the more you save. For any penny-pincher, jumping into in this manufactured frenzy is a no-brainer. And it’s not just the gifts we buy ourselves but the ones we buy for others. 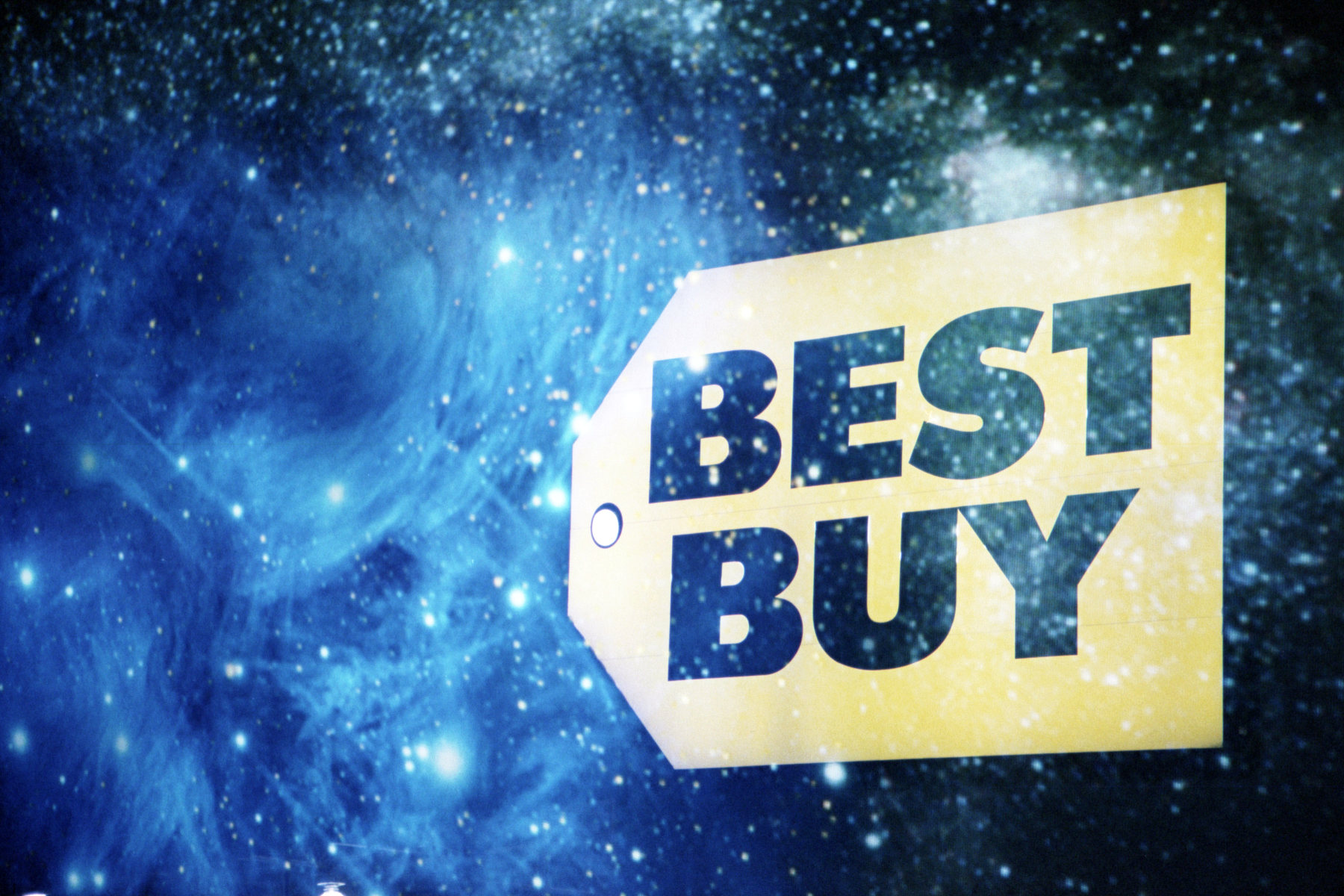 Christmas time is the most popular time for thrifty shoppers hunting for the best buy.Best Buy

Carefully wrapped presents nestled under the Christmas tree are probably the best thing about Christmas. They’re amazing. Everyone loves opening them. Remember the dad in A Christmas Story? While prying open the shipping crate housing that fantastic lamp, he cries out in festive excitement, “Why, there could be anything in there!” Well, technically, the lamp was a crossword puzzle prize and not really a present, but it’s the not knowing what’s inside a box with your name on it that builds those moments of anticipation—the fact that there really could be anything in there. It makes us giddy with delight, and it’s all the more better when we find the right gift for the right person.

We spend hours hunting for the right gifts for family and friends. In the months leading up to Christmas, we file away gift ideas in our head, take days off to shop, drive across state lines, stress out, and pay cash to hide the paper trail from joint bank account parties. And on Christmas Day, we relish in seeing others unwrap those perfect, long sought after, gifts. It’s like there’s this unspoken understanding that the gift itself is the full embodiment of how well we know and appreciate someone.

Presents are the best way to show someone how much you care. It is like this tangible thing that you can point to and say, ‘Hey man, I love you this many dollars-worth.’Michael Scott, branch manager, Dunder Mifflin

Some might reject this evaluation of Christmas but it’s the only way to rationalize the holiday, especially after viewing the classic film, Christmas Vacation. Go home and rewatch the movie, and pay attention to the plot this time. The whole thing revolves around Clark’s attempt to give his family the best Griswold Family Christmas ever, and only through the procurement of a Christmas bonus check can Clark finally afford a backyard swimming pool, thus bringing true peace and joy to his loved ones. Unfortunately, the check doesn’t make a prompt appearance and it’s the mounting financial stress that serves as the catalyst for Clark’s unhinged chaos and hair-raising shenanigans.

It’s only when cousin Eddie kidnaps Clark’s boss, Frank Shirley, ties him up, and drags the executive into Clark’s living room that we begin to understand what the movie is really about. Wait until that moment when Frank reinstates Clark’s Christmas bonus, while everyone is hugging and kissing each other and Clark is crying out in jubilation, “Merry Christmas to all, and to all a good night!”. Right there. Pause the film, and take a good hard look at Clark’s face because written right there in his dopey expression is the true meaning of Christmas. The eggnog and overcooked turkey, the Christmas lights and caroling, the knitted sweaters and having to find enough room for guests; none of these things are as important as the immense satisfaction wrought in finally being able to bring materialistic pleasure to you and your loved ones. 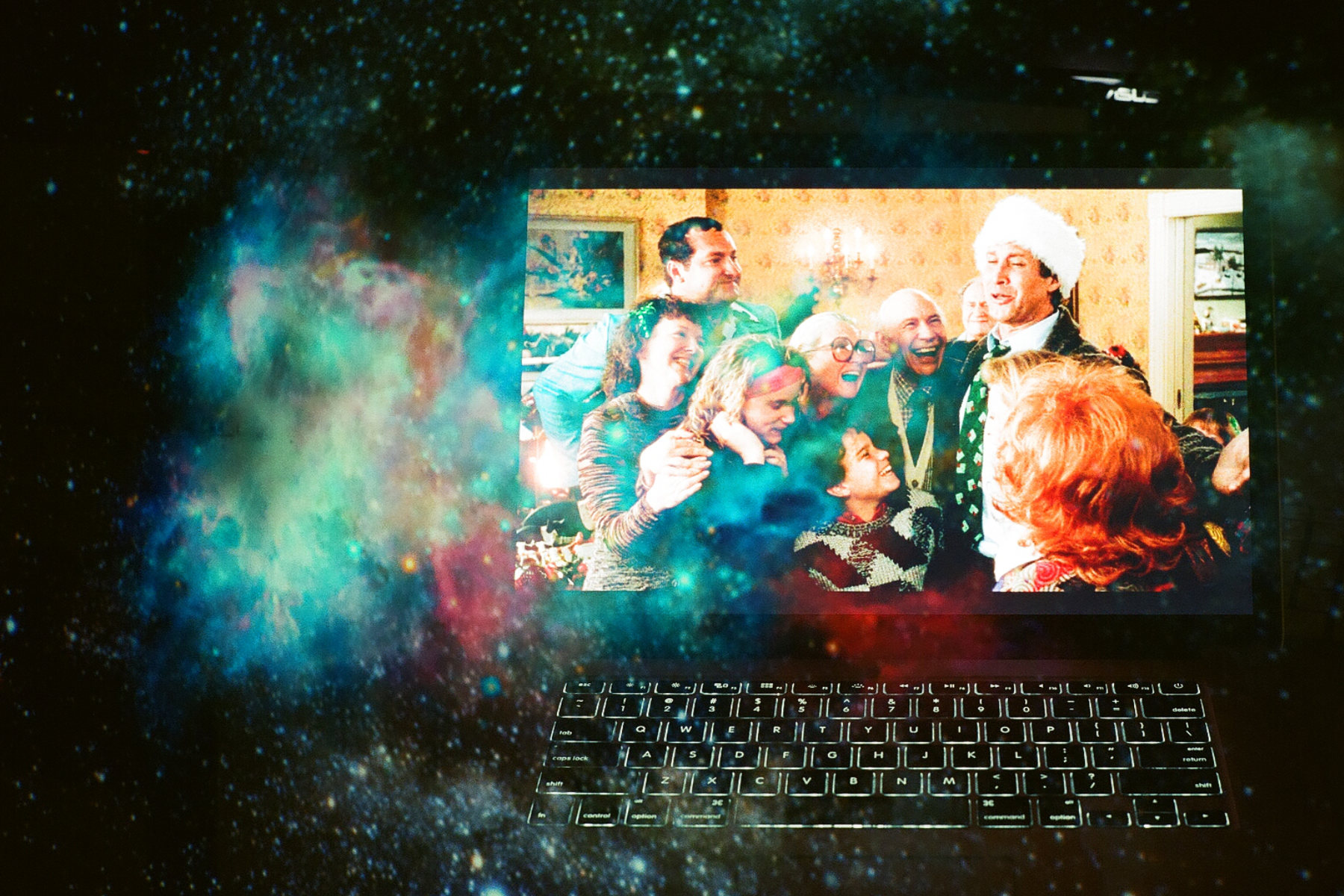 The real meaning of Christmas can be seen in Clark W. Griswald’s face after he realizes he can finally purchase a pool for his family.Christmas Vacation, 1989

Of course, it wasn’t always like this. December 25th used to mean something more to society than just money-money-money. It used to be sacred. It used to help build our understanding of reality. It used to be the prime motivation for erecting huge megaliths and stone temples that still exist around the world today. And it all began when Earth was bopped on the head as an infant.

The local sphere we call our Solar System is home to eight or more planets orbiting the Sun in perceived perpetuity. While there are many parameters that can describe planetary motion, one of the more curious measurements is the varying degree of axial tilt each planet exhibits. This tilt, or obliquity as it’s called, is the angle between the planet’s rotational axis and its orbital axis around the Sun. Mercury, for example, is tilted at a slight 2.1 degrees, Uranus is bent over sideways at 82.2 degrees, and Venus is upside down at a remarkable 177.4 degrees. Earth, on the other hand, has a moderate tilt of 23.5 degrees. 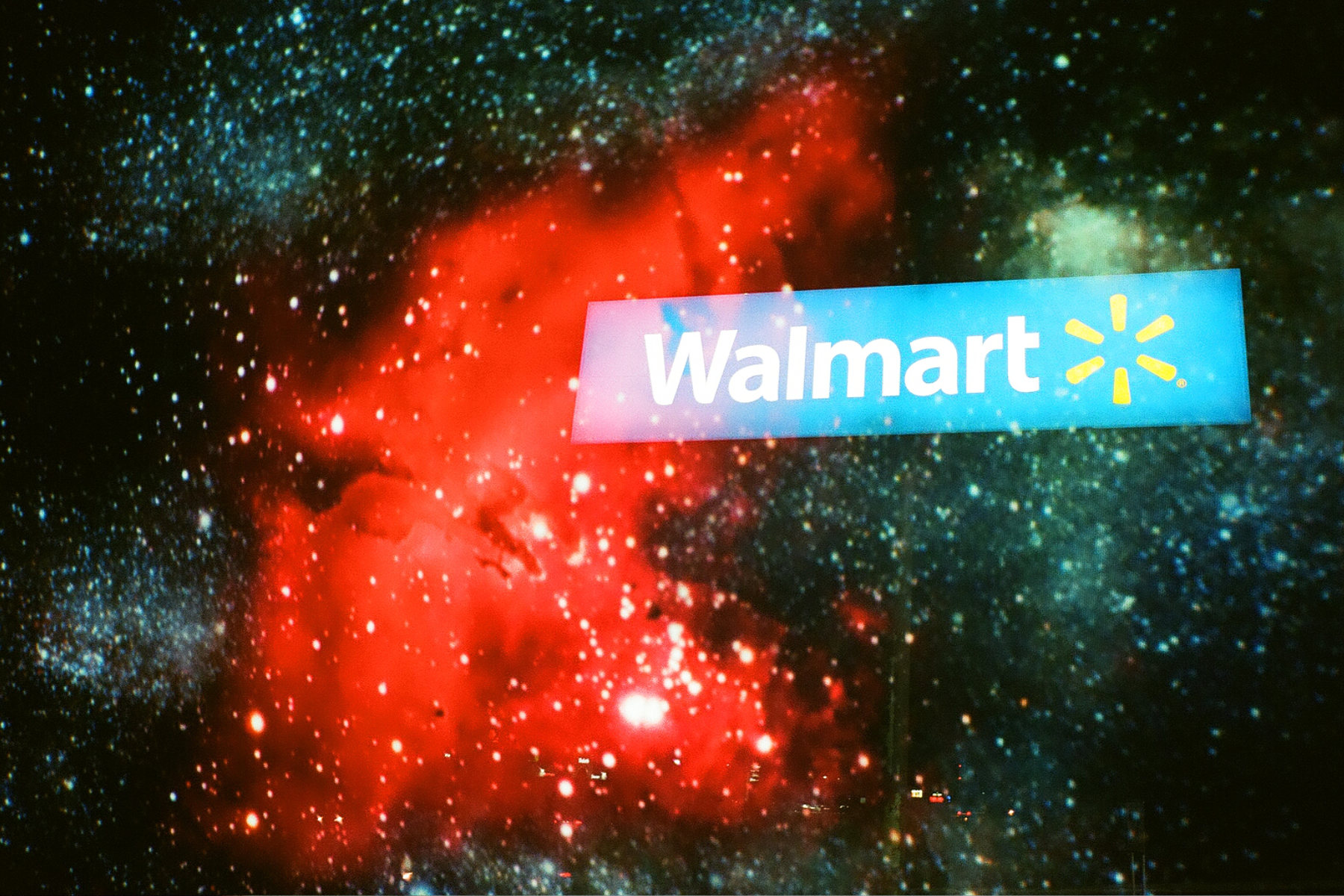 Walmart. It's a better version of the Dollar Tree.Walmart Supercenter

Why doesn’t Earth orbit the Sun upright? Eh, it’s hard to say for sure, but geological evidence points to one possible explanation. Rock samples collected from both the Earth and the Moon show similarities in their isotopic ratios. Chemically speaking, we’re the same. One popular idea for why this is the case is the Giant-Impact Hypothesis. During Earth’s early years an immense collision—probably with that of another proto-planet—ejected a huge amount of debris into orbit, which then coalesced into the Moon we see today. But such a large impact event would have had one additional result, left Earth with its off-axis rotation.

This may come as news to some, but it’s because of this axial tilt that the Earth has seasons. In the summer, the northern hemisphere is tilted towards the Sun, resulting in longer days and more heat being absorbed by the surface, and thus warmer weather. In winter, the northern hemisphere tilts away from the Sun and the effect is flipped, shorter days, less solar radiation, and colder temperatures.

When we talk about the seasons we always speak from the viewpoint of the northern hemisphere because for all of human history the bulk of Earth’s landmass has been located above the equator, and so, as a result, so is most of human civilization. From this top-of-the-world perspective, humans have observed a natural phenomena that plays out over the course of each and every year, the sinusoidal cycle of daylight.

As we progress from summer into fall, the days become shorter and shorter as the sun appears to track lower and lower across the sky. This process continues deep into the winter months, making us worried that the Sun might leave us forever. But on December 21st a miracle happens. The Sun stops its movement south and for 3 days will perceivably rise in the same location. Then, on December 25th, the Sun begins its return north, signaling the resurrection of longer days and the warmth, security, and salvation brought forth by Springtime. 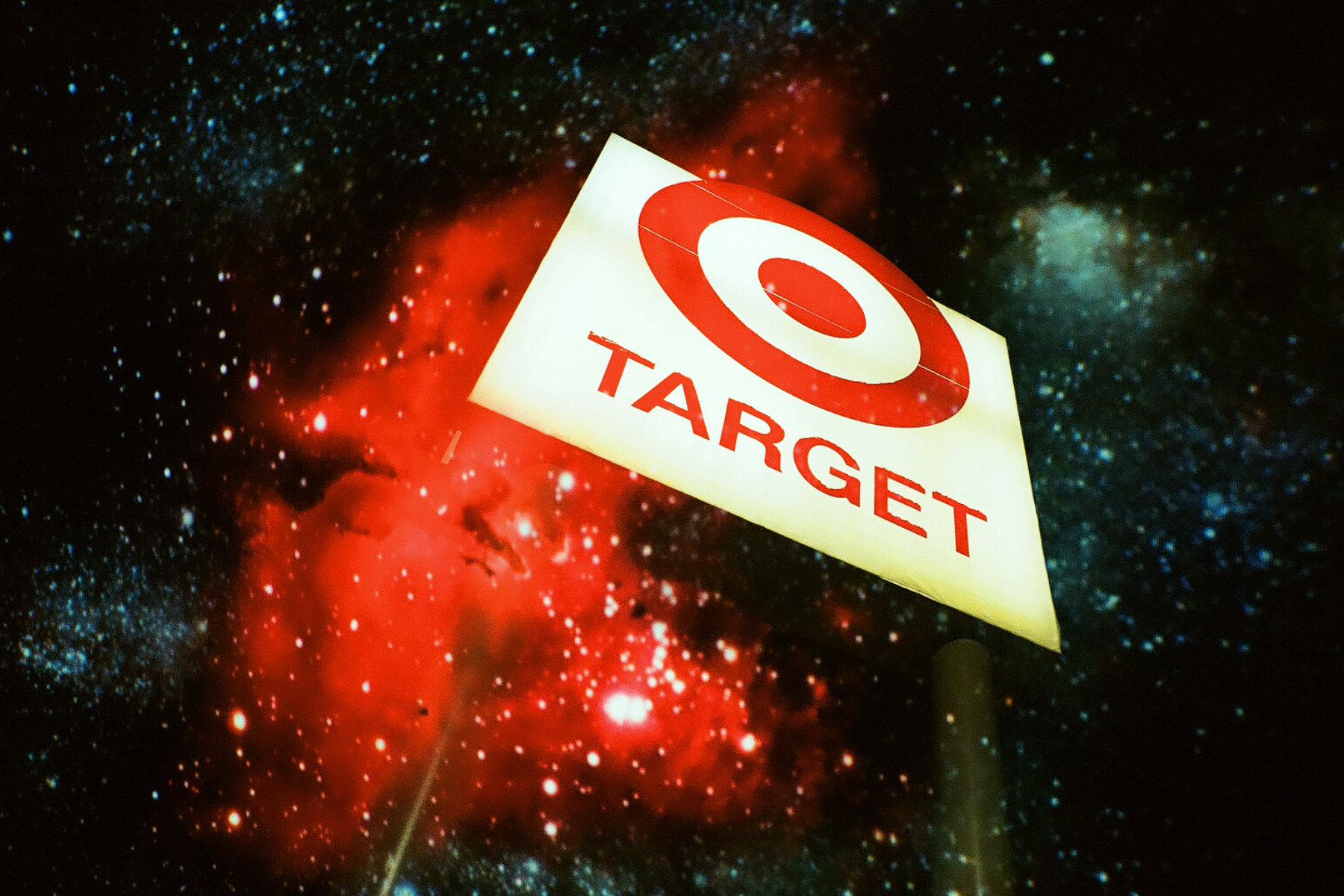 Target. It's a better version of Walmart.Target

Ancient cultures worshipped the Sun as a giver of life because they understood that without it, plants would not grow and life on the planet would not survive. Because of this life giving ability, our local star, the Sun, has been one of the most revered objects of all time, and it was this adoration of seasonal change seen in the heavens above that burrowed itself like a parasitic mite into the skin of ancient beliefs and teachings.

The World We Know of Today

Human tendency is not comfortable with uncertainty or the unknown. We need understanding, even if it’s superficial. Ancient peoples and cultures needed to find meaning in the patterns and cycles they observed in the world above them. Constellations and celestial objects were personified into allegorical myths containing the hopes and dreams of the people who told them. Elaborate stories of divine gods behaving like humans would be passed down from one generation to another over countless eras. As empires grew and fell or merged into one another, the storytelling would drift to match dominant opinions of the time. Eventually, the storytelling would turn into legends, and the legends into irrevocable “ways of knowing”.

Many of these traditional stories included solar-based deities, such as Horus, Osiris, Attis, Jesus, Adonis, Dionysus, Mithra, and many others, that had all shared the same attributes: born on December 25th to a virgin, birth accompanied by stars in the east, followed by 12 disciples (constellations along the zodiac), known gesturally as the Light or the Truth, betrayed and crucified, buried for 3 days before being resurrected. Clearly December 25th was an important date for many peoples throughout history and that celebrating it with ceremony and festive spirit was a common practice.

For a long while, the year-end festivities took on a more hedonistic overtone with a drunken, carnival-like atmosphere, like today’s Mardi Gras. Over time, however, the celebrations were reinvented to focus on the importance of charity and good will. The novel, A Christmas Carol, by Charlie Dickens was a sort of catalyst that struck a powerful chord at a time in the United States and England when people had begun embracing Christmas as the perfect family holiday.

In America, the rise in the popularity of Christmas and the commercialization of it went hand-in-hand. Department stores saw an immense opportunity in Christmas gift giving and used creative ploys to draw in hordes of naive shoppers. In 1862, Macy’s became the first store to have Santa Clause as a live in-person attraction. By the 1930s, Coca-Cola had crafted the jolly image of Saint Nick: morbidly obese, rosy-cheeked, and sucking on a glass Coke bottle. And in 1939, Montgomery Ward drafted Rudolph the Red-Nosed Reindeer. And so on. All of the feel-good imagery we know and love about Christmas is the result of effective marketing tactics, all done in the name of profiteering. 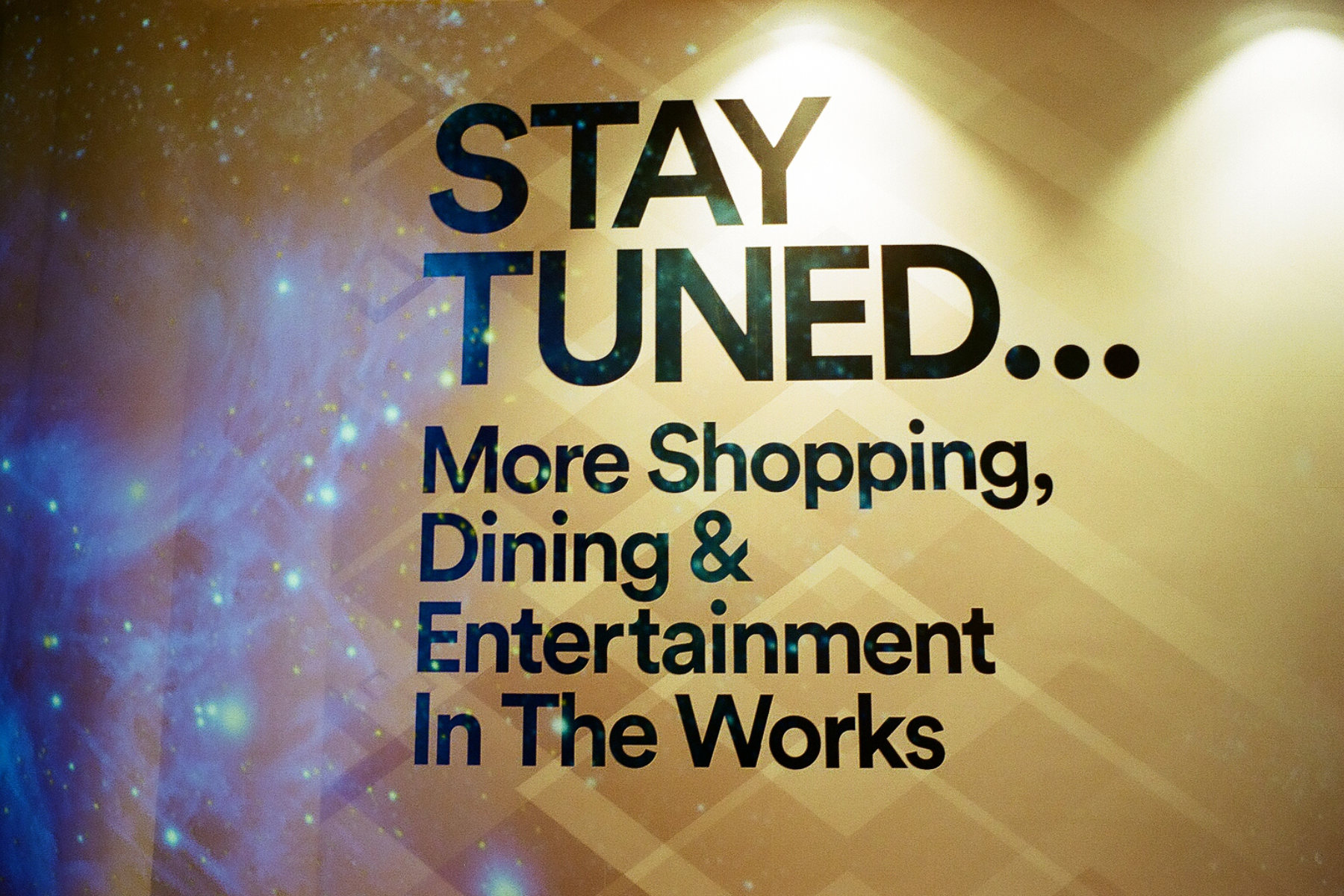 Today, profits are how we measure the success of Christmas season as the holidays aren’t really Christmas unless we have huge piles of store-bought, perfectly wrapped, presents crowded under elaborately decorated Christmas trees. These cultural rituals of consumption are emphasized by charities, like Toys for Tots, that accept gift-wrapped donations for needy children because if kids don’t have gifts to unwrap at Christmas we’ve totally failed in our parenting and humanitarian efforts.

Curious, isn’t it? If we take a step back and look at the span of events that led us to today, we can’t help but feel struck with a profound sense of understanding. When people connect their lives and culture to a random impact event occurring billions of years in Earth’s past, their mind, body, and soul will erupt with goosebumps. Goosebumps! Had Earth’s axis been perpendicular to its orbital plane, we would surely be living in a much different world than the one we know of today.